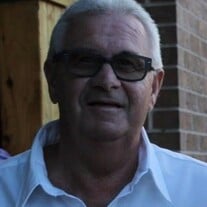 Jim grew up in Sault Ste. Marie, Ontario and graduated college in Canada. He then went on to complete his BA at Lake Superior State in Sault Ste. Marie, Michigan. He married Corri Ouellette in 1981 and made Sault Ste. Marie, Michigan their home where he worked as a banker for several years. Jim then pursued a realtor/broker career for a few years until he moved on to work 23 years for the locally renowned Hometown Rent to Own. Jim and Corri then retired to San Tan Valley, Arizona and spent 13 years enjoying retirement and making many new friends. After Corri passed away in January of 2021 Jim moved back to Sault Ste. Marie, Michigan to be closer to his children. Jim had a deep respect for character and had an excellent intuition about a persons potential. He could always look past an individual’s position in life or their current circumstances and see what they were capable of achieving. He gave people opportunities and then guided them toward success. Jim was the man that helped so many people get their first house, car, or washer and dryer or he helped them get back on track after a set back in life. Jim was also an avid sports fan and enjoyed traveling but most of all he enjoyed spending time with his children and grandchildren whenever he could.

Jim was predeceased by his parents and wife Corri.

Cremation has taken place. A celebration of life will be planned for a later date.