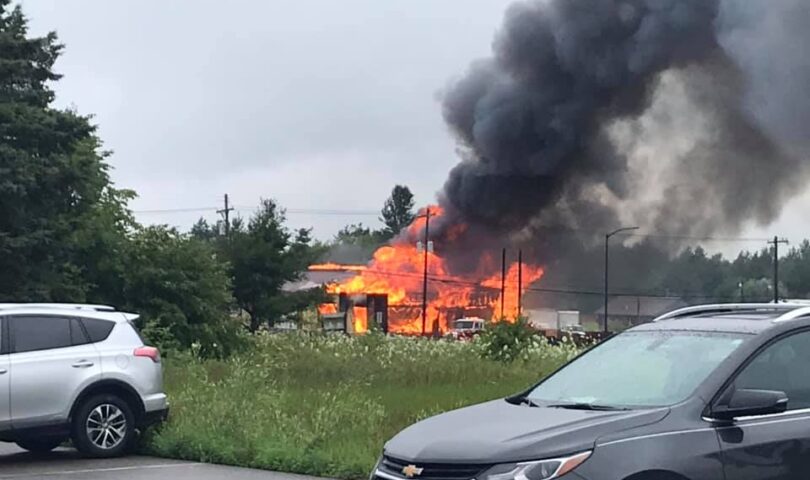 On Saturday July 24th, shortly before 12:00pm the Newberry Fire Department was dispatched to a structure fire on M-123 in Newberry. Multiple firefighters responding to the station advised of heavy fire and smoke conditions. When Newberry Fire command was alerted of these conditions, mutual aid from Columbus Township Fire was requested and dispatched to the scene.

Initial units on scene started an aggressive defensive attack to knock the fire down, while establishing a water supply. Due to the location of the fire, hydrants we’re not accessible so water shuttle operations began. To assist with water shuttle, Newberry Fire Command requested Garfield Township Fire Department for a tanker and manpower. Units continued fire attack and the bulk of the fire was knocked down by 1330. Fire units remained on scene for several hours mopping up hot spots until the fire was completely extinguished.

The cause of the fire is still unknown at this time.