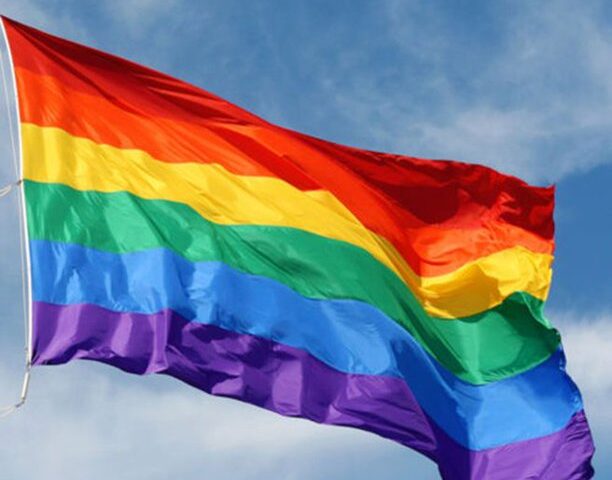 The Michigan Supreme Court is will soon hear arguments in what could be a landmark case for LGBTQ rights.

The high court announced it will hear an appeal of a lawsuit against the Michigan Department of Civil Rights filed by two businesses that denied service to LGTBQ people based on their religious beliefs. The case could bring a definitive answer to a long-running argument over whether Michigan’s 1976 civil rights law should ban discrimination based on sexual orientation and gender identity.

Democratic lawmakers have pushed for legislation to add legal protections for LGBTQ people, but the latest bill hasn’t moved forward.

The upcoming case takes on greater significance with the apparent failure of a petition initiative that sought to add LGBTQ protections to the law. The initiative would have given the Michigan Legislature 40 days to pass a bill creating those protections before sending the question to voters in November 2022.

With legislation stalled and the petition initiative seemingly doomed, the Supreme Court could be the best hope for supporters of making LGTBQ people a protected class. Democrats hold a 4-3 majority on the court.

“We’re optimistic that we’ll have a court decision say that gay and lesbian people are covered under state law in the very near future,” said Erin Knott, executive director of Equality Michigan and a Kalamazoo city commissioner. “I think it’s important to note that, for the first time in decades, there’s a progressive majority on the Michigan Supreme Court. That’s why we are hopeful and optimistic that we’re going to have a favorable decision in short order.”

Plaintiffs in the lawsuit argue that the United States and Michigan constitutions protect their right to deny service based on their religious beliefs. The limits of religious freedom is a common point of disagreement in a national debate regarding the rights of LGBTQ people in America.

Richard Friedman, a law professor at the University of Michigan, said this Supreme Court case is substantial because state law doesn’t provide any clear definition of “sex.” This case could provide a long-awaited answer to that question.

“Right now, you’ve got a Republican legislature and Democratic governor; it doesn’t sound like anything is likely to happen in Legislature, and it’s not going to happen through a public initiative,” Friedman said. “This is the most likely route at this point. The State Supreme Court is free to interpret Elliott-Larsen however it wants.”

One year later, the department received complaints about two businesses that, based on religious beliefs, denied services to a same-sex couple and a person who was transitioning their gender identity. UpRooted Electrolysis LLC and Rouch World LLC filed a lawsuit in 2020 seeking to invalidate the civil rights department’s interpretation of Elliott-Larsen.

The businesses are represented by David Kallman, a Lansing attorney who has served clients in several lawsuits against the state over COVID-19 restrictions. Kallman said the Civil Rights Department had no authority to create its own definition of the Elliott-Larsen Civil Rights Act. Kallman said he plans to ask for a reconsideration of the Supreme Court’s decision to leapfrog the Court of Appeals and take on the case.

Michigan Court of Claims Judge Christopher Murray partially sided with the civil rights commission in a December 2020 ruling. He found state law does provide protections for transgender people but doesn’t prohibit discrimination based on a person’s sexual orientation.

The judge also did not determine whether enforcing a ban on discrimination against gay or bisexual people interferes with the business’ First Amendment rights to exercise their religious beliefs.

Attorney General Dana Nessel filed an appeal at the end of last year. This lead to the Michigan Supreme Court announcing it will bypass the Court of Appeals and hear arguments on whether the civil rights law bans discrimination based on sexual orientation.

Nessel argues the 1993 Court of Appeals ruling relied on federal precedent that is no longer valid in light of a U.S. Supreme Court decision in 2020 that found discrimination on the basis of sexual orientation is a form of sex discrimination under federal law.

The ruling was hailed as one of the most important legal decisions regarding LGTBQ rights since same-sex marriage was legalized in 2015.

“This is an area where the Earth has shifted so enormously in the last quarter-century,” Friedman said. “It’s just massive change, not only in law but attitudes. In 1993, the idea of same-sex marriage was almost considered laughable. In 2015, it was established as a federal constitutional right.”

Knott hopes a favorable court decision will incentivize the Legislature to take up action on bills that have stagnated in House and Senate committees.

“I’m mindful that if we get a favorable court ruling that there still needs to be work at a legislative level to explicitly include LGBTQ people in our state’s civil rights law, because the court can change and have all new opinions at any point in time in the future, not to mention the future implementation and interpretation of a court ruling as it relates to any new legislation that’s introduced in the future,” Knott said.

The Supreme Court said briefs must be filed by Oct. 25.