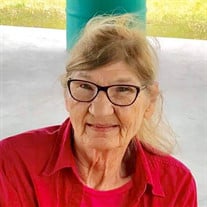 Carol grew up in St. Ignace and graduated from LaSalle High School, Class of 1971. She moved to Texas after High School. She moved back to Michigan in 1994 with her children to be closer to her family. It was in 1998, during a game of cards at her sister Bette’s house that Carol met Tim Nye. The two married on April 14, 2000, and grew their family. She enjoyed taking care of those around her and was overjoyed when she later became a grandparent.

Carol was known for her love of gardening and crafts; she could make beautiful dreamcatchers, diamond paintings, and quilts. One of the most beloved quilts she made was for a family member. The quilt had 100+ names sewed by hand on it, all of her beloved family. She had a memory like an elephant and never forgot a name once she’d met someone. Carol lived her life with compassion and love; she loved being a wife, a mother, grandmother, and friend. She touched the lives of many and will be greatly missed.

A Celebration of Life will take place later this summer.