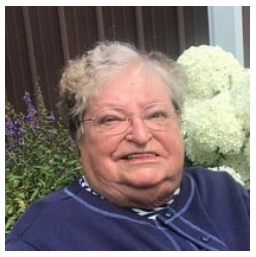 Shirley grew up in Chassell, Michigan and later moved to Hancock, Michigan where she graduated high school. After high school she attended Suomi College and later went to Northern Michigan University where she graduated with her Bachelor’s degree. She met Louis Elmer Markstrom in Warren, Michigan and they were married June 26, 1965 in Hancock. She taught at Rudyard Area Schools both as an elementary school teacher as well as a substitute for 30+ years. During their retirement, Shirley and Louis enjoyed traveling and they spent several winters in Orange Beach, Alabama.

Shirley was an active member at the St. James Lutheran Church and also serving on the Church Council for several years in Rudyard, Michigan.

Shirley was a wonderful cook who loved to read and tend to her flowers. She was also known for loving trips to the casino and had a wonderful sense of humor.

Shirley was preceded in death by her husband, Louis; parents Arthur and Mayme; and sister, Janet.

Final Resting Place will be Cedar Cemetery in Cedarville, Michigan.