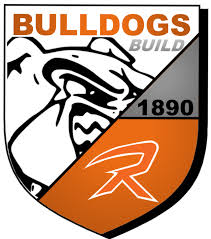 The Rudyard Bulldogs have advanced to the Division Four State Softball Final in East Lansing in dramatic fashion!

The Bulldogs trailed 7-1 to Holton after four innings, but they scored three runs in the fifth, (Holton scored one in the sixth) one in the sixth and four in the seventh to tie the game at eight and send it into extra innings.

Rudyard Pitcher Morgan Bickel hit a walk-off, solo home run to right-center field in the bottom of the ninth to give the Bulldogs a 9-8 win!!

The Bulldogs will face Bridgman or Unionville-Sebewaing tomorrow at three pm in the final at Michigan State in East Lansing.

Steam the Finals game on Saturday at 3pm at this site