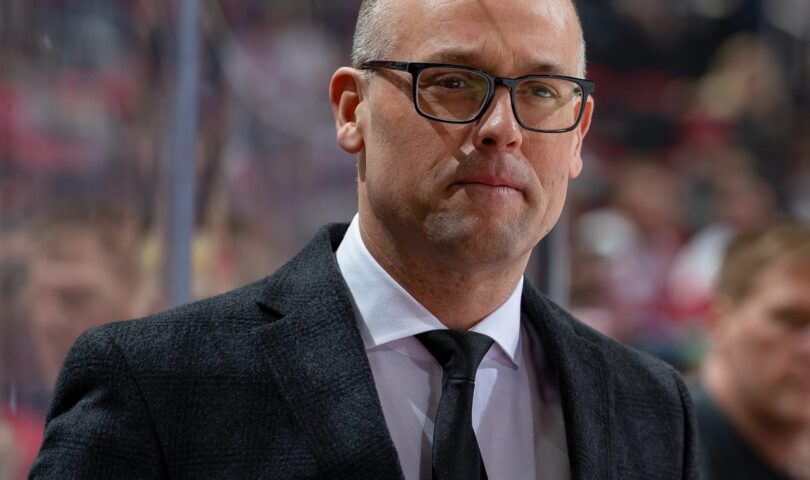 The Sault Ste. Marie Fourth of July Parade has an extra spark of excitement this year with a homecoming for Detroit Red Wings head coach Jeff Blashill on tap. The Soo native will be serving as the parade’s first ever grand marshal on July 4.

Blashill has spent the last decade with the Red Wings organization including the previous six years as the team’s head coach. Parade goers will be able to see the Wings bench boss at the front of the parade on the City of Sault Ste. Marie’s float behind the color guard.

Prior to July 4th, a meet and greet will be held on Saturday, July 3 at the Pullar Community Building and Stadium from 10 a.m. until noon. The Pullar once was home to training camps for the Red Wings in the 1950s and included legends such as Gordie Howe and Ted Lindsay. It’s only fitting that the current Red Wings coach would visit this rink that’s helped the Soo earn the moniker “the Original Hockeytown, USA.”

“We are ecstatic to welcome Jeff back to Sault Ste. Marie,” said Sault Ste. Marie Mayor Don Gerrie. “He has roots here in the Soo and has made us proud while coaching the Red Wings. This Fourth of July weekend is the perfect time for our community to stop by and meet Jeff and to see him during the parade.”

The meet and greet with Blashill will take place inside the stadium where the ice surface is normally at. At noon Jeff will be presented with items from the city and will say a few words to the crowd. Attendees will be able to participate in a raffle with the opportunity to win Red Wings memorabilia.

The Fourth of July Parade will begin at 7 p.m. and follow its traditional route northbound along Ashmun Street starting at the West 14th Avenue intersection towards the downtown area. Fireworks will follow at dusk along the St. Marys River.

Blashill was born in Detroit and was raised in Sault Ste. Marie. He has family roots here in the Soo with his dad Jim having taught criminal justice at Lake Superior State University and his mom Rosemary serving as Chippewa County Health Department. Jeff has a brother Tim and sisters Lisa and Debbie who grew up in the area, attended Sault Area Public Schools and graduated from Sault Area High School.

Prior to coaching the Red Wings, Blashill has spent stints coaching at Western Michigan University and with the Grand Rapids Griffins where he won a Calder Cup in the 2012-13 season. He was named head coach of the Detroit Red Wings on June 9, 2015.