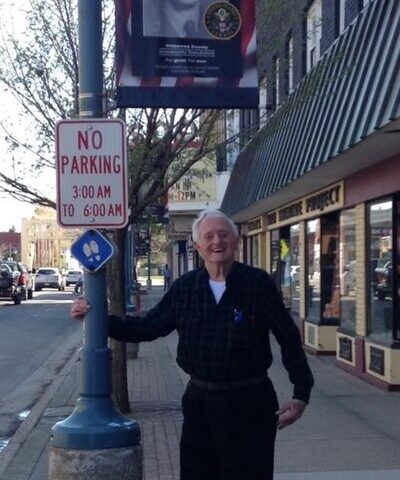 He joined the Michigan State Troops at 16 by telling them he was 18 helping to protect our State. He joined the US Army where he served in Germany. He had many jobs in his lifetime starting work at 12 years old to help his Mother out with bills. Most will remember him as “the Milkman” working for Golden Producers & Soo Creamery.

He was a GREAT Husband & Father and will Be GREATLY Missed.

A funeral service will be held at 2:00 PM on Monday, June 7, 2021, at C.S. Mulder Funeral Home.  Friends may call at the funeral home from 12:00 noon until the time of the service.  Burial will be at Oaklawn Chapel Gardens.