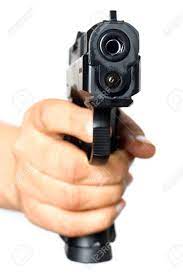 The Mackinac City Police Department was called to the intersection of Central Avenue and Nicolet Street just after 9 Saturday night for a road rage complaint.

When the officer found the described vehicle, the drive wouldn’t pull over and led police on a short chase.

After investigating, police learned the driver intentionally hit one motorcyclist with his vehicle and allegedly pointed a gun at a different person in the group.

Police found a loaded pistol in the man’s car.

The man is from North Carolina, but recently moved back to Michigan.

He was taken to the Cheboygan County Jail for Felonious Assault, Flee and Elude, Concealed Weapons Violations and Operating While Intoxicated.