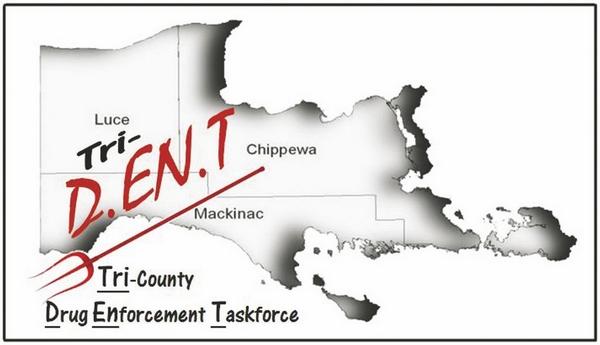 Detectives from Trident have been investigating an individual selling Crystal Methamphetamine and Heroin within Chippewa County and the City of Sault Ste. Marie. During the investigation, several purchases of Crystal Methamphetamine and Heroin were made. Detectives received information that the individual drove to lower Michigan to bring back another load of narcotics for sale.

In the morning hours of June 24th, 2021, the Chippewa County Sheriff’s Office pulled a vehicle over and seized approximately 3.5 grams of Heroin, that was located on the driver. A search warrant was executed on the vehicle and at the suspects residence. Subsequently, Trident seized 1-ounce of Crystal Methamphetamine, which has a street value of approximately $5,000.

On June 25th, 2021, Kinney was arraigned in the 91st District Court. Kinney is presumed innocent until proven guilty. The investigation is ongoing and more arrests are anticipated.

During this investigation, Trident was assisted by the Chippewa County Sheriff’s Office and Sault Ste. Marie Police Department.