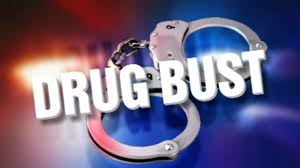 Detectives from TriDent have been investigating a group of people selling Crystal Meth and Heroin within Chippewa County.

Several purchases of Crystal Meth were made during the investigation. Detectives received information that members of this group drove to lower Michigan to bring back another load of Narcotics.

Three people were arrested during the incident.

Cheyenne Marie Manitowabi, 27, from Kentwood was arrested for the following:
► Possession with intent to Deliver Methamphetamine
► Possession of Heroin
► Maintaining a Drug House
► Obstructing Justice

On 5/24/2021 all three were arraigned in the 91st District Court. All three are presumed innocent until proven guilty. TriDent was assisted by the Sault Ste Marie PD.

Editor’s Note: I think it’s pretty safe to say that if you intend on dealing drugs in Chippewa County or its surrounding areas you WILL be caught! Is it worth it?