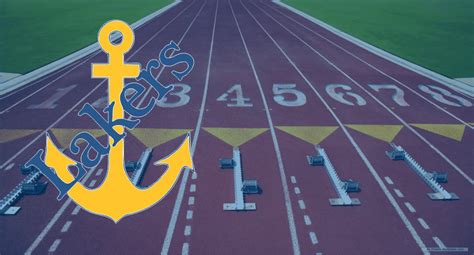 In the running events, the Extra Weekend Meet was highlighted by David Mitter‘s school record-breaking performance in the 5,000 meter race. Mitter, who previously surpassed Trevor McGinn’s time of 14:45.04 from April 26, 2002 earlier this season, bested his previous record by over 25 seconds. Mitter finished 21 out of 65 runners with a time of 14:13.38. The mark meets the NCAA Division II provisional qualifying mark of 14:32.33.

The Lakers had an impressive meet in the field events with five athletes setting new personal records while three LSSU athletes recorded first place finishes in their respective event groups.

Elizabeth Setsuda, who set the school record in the long jump last weekend, had another strong meet in the event at GVSU. Setsuda recorded a first place finish with a mark of 5.48 meters.

In the discus event, Bethany Wilson, who also is coming off a record-setting weekend for the Lakers, posted a first place finish in her group. Wilson registered a distance of 37.03 meters at the competition.

The Lakers final top finish at the Extra Weekend Meet belonged to Jenna Fleming in the javelin event. Fleming posted a distance of 42.63 meters in the event to secure the top spot by approximately 10 meters. For the fifth time this season, Fleming has surpassed the NCAA Division II provisional qualifying mark (41.84 meters). Earlier this year, Fleming set a new school record in the javelin and has recorded throws surpassing the prior school record in all five meets this season. Heading into the conference championship, the freshman holds the 18th best mark in Division II this season.

Freshman Elijah Denning recorded a second place in the men’s pole vault competition as he posted a new personal best height of 4.01 meters. It marks the first time Denning has surpassed the four meter mark in his collegiate career as his previous best was 3.80 meters.

First year thrower Ryan Reiniche had another strong weekend for the Lakers as he set personal records in the shot put and the discus. Reiniche placed fourth in his discus group with a throw of 43.87 meters, to surpass his previous record of 43.85 meters. In the shot put event, Reiniche had a great showing as he recorded a second place finish with a throw of 14.99 meters. The new personal record for Reiniche stands as the first time he surpassed the 14-meter mark in collegiate competition.

Timothy Howes posted a new personal best in the hammer throw with a mark of 42.80 meters as he bested his previous mark of 40.36 meters in the event.

The Lakers will travel to Grand Rapids, Mich. next weekend to compete in the 2021 GLIAC Outdoor Track & Field Championships that will be hosted by Davenport University. The three-day meet is set to begin on Wednesday, May 5 and conclude on Friday, May 7.  A schedule of events can be found here.