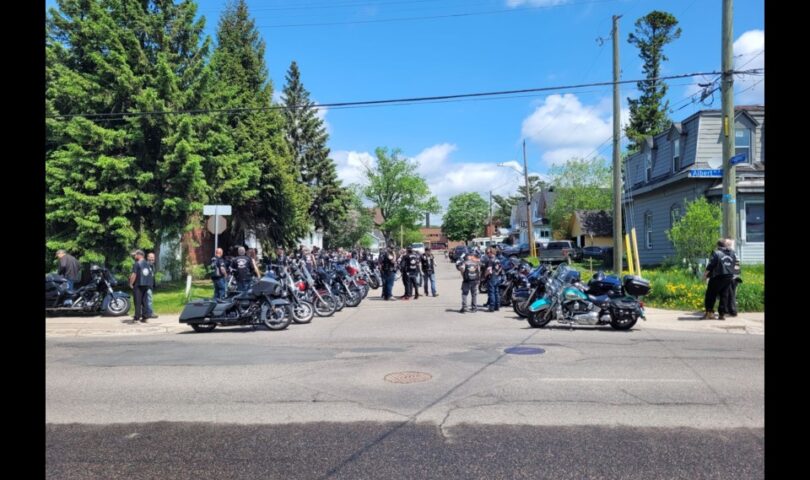 At about 1:30 Saturday afternoon, some 75 or more motorcycles glittered in the sun along Hughes Street as Outlaw Motorcycle Club members remembered Richard “Duke” Williams who passed at the age of 74 on May 14.

Men and women milled quietly about the bikes for about 20 minutes before riding eastward on Albert Street as a group.

In his obituary, Duke is remembered as a man of little conversation, who is honoured as a motorcycle club legend in the Outlaws and missed by his brothers, sisters and tomatoes.