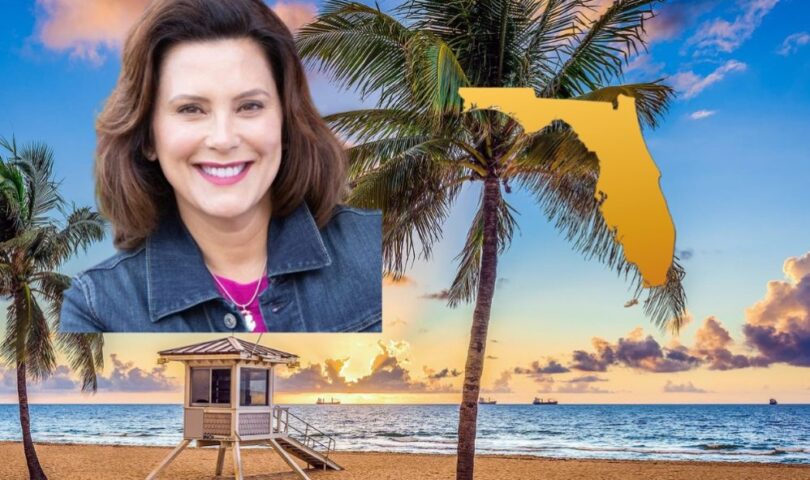 A nonprofit set up to cover the costs of the transition process between the time Governor Gretchen Whitmer won election in 2018 and took office about seven weeks later paid almost $27,000 to cover the cost of a chartered flight for Ms. Whitmer to visit her ailing father in Florida, the governor’s office disclosed Friday.

Ms. Whitmer has been under scrutiny for the past month over her trip to Florida between March 12-15.

Much of that criticism appears to contradict the facts of what happened. Republicans have claimed Ms. Whitmer showed hypocrisy in traveling to Florida but there were no travel restrictions in place at the time and the state had only started to see a rise in coronavirus cases at that point. Additionally, while Ms. Whitmer had expressed “concern” about spring break travel to Florida, there is a big difference between the typical break scene and going to care for an ailing relative.

Further, Department of Health and Human Services guidance advising against travel did not come for another three weeks, in early April.

However, the one question that had appeared resonant was how Ms. Whitmer got to Florida. A week ago, Deadline Detroit first reported that Ms. Whitmer had flown aboard a high-end jet owned by some of the state’s top business executives – PVS Chemical Co-Chair Jim Nicholson, Ambassador Bridge owner Matthew Moroun and the Cotton family. Mr. Nicholson and Mr. Moroun own companies heavily regulated and permitted by state government.

Ms. Whitmer for some time had attempted to dodge questions, only saying the flight was not a gift and not paid for at taxpayer expense, and even said a couple times she had said all she was going to say on the topic.

Friday appeared an acknowledgement that failing to explain how she covered the cost of an expensive flight was untenable.

In a memo to Executive Office staff, Chief of Staff JoAnne Huls said “we made a decision” because of ongoing security and public health concerns to use a chartered flight. At the time of the trip, Ms. Whitmer had not been vaccinated. And she has been the subject of many death threats, one of which resulted in criminal charges. There’s also the extensive federal charges against men who plotted to kidnap her.

Paying for the trip was the nonprofit fund Michigan Transition 2019, which the memo said “defrays the cost of the governor’s travel when it’s consistent with the account’s purposes and not covered by taxpayers.” This was an account set up to cover the cost of the transition. Now called the Executive Office Account, it has accepted money from corporations, other nonprofits and associations.

“Given the extraordinary and ongoing threats to the life and safety of the governor and her family, we do not generally comment on the governor’s personal schedule. However, I fully expect Republican party officials will continue to make political attacks against the governor and her family, so I wanted you to have the facts,” Ms. Huls said. “As chief of staff, I acknowledge we could have done a better job of answering questions about this trip with more clarity while also balancing the need to protect the governor’s security, and for that I take responsibility.”

Ms. Huls also said the health of Ms. Whitmer’s father, Dick Whitmer, “deteriorated” after she returned to Michigan. His physicians at the University of Michigan asked him to return to Michigan, where he has a residence in East Lansing, to be re-evaluated. Ms. Whitmer personally took her father to Ann Arbor on Monday, where he underwent a procedure to start intravenous antibiotics. The procedure was successful, Ms. Huls said.

One of the immediate questions raised in the aftermath of the disclosure, which had all the hallmarks of a Friday news dump coming late in the afternoon, was whether the cost of Ms. Whitmer’s travel for an ostensibly personal trip was an acceptable use of the nonprofit. The governor has said she worked while in Florida.

In her memo, Ms. Huls said the Executive Office Account “defrays the cost of the governor’s travel when it’s consistent with the account’s purposes and not covered by taxpayers.” She also said payment was “done in compliance with the law.”

Republicans, however, questioned that assertion.

“This is not a legitimate expenditure for a 501(c)4,” said Chris Gustafson of the Republican Governors Association.

Tori Sachs of the conservative super PAC Michigan Rising Action said, “There is no legal theory where reimbursing $800 for a $27,000 flight solves anything. Whitmer’s use of her 501(c)4 account funds must be investigated.”