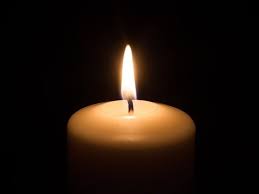 Michael had a BFA in art history and conservation from Columbia College Chicago, BA in environmental science hydrology, and certificates in water remediation, agchem and petrochem remediation, and wastewater tracing. He was also a certified archeologist working at the Hohokam and Baker sites in California. Michael had an OSHA 18 license and helped to clean up Hanford Nuclear site and others. He was the lead investigator at agrochem and petrochem pollution sites and developed an oil eating bacteria for spills, set up toxic containment sites and monitored field workers for pesticide and toxic agchem exposure. Michael was the co-founder and curator of Trickster Gallery in Schaumberg, Illinois which housed contemporary native artists and sculptors work. He was also a consultant for various Midwest companies in water and soil remediation, waste stream monitoring, and compliance issues and resolution. He was a member of the American Indian Center in Chicago where he setup a senior lunch, weekly coffee, and was a library volunteer. Michael memberships also included Soarring (Midwest) where he helped with NAGPRA issues, raptor rescue, the yearly powwow, Waterwalkers in Chicago and Ontario, Canada. Michael’s last great adventure with his wife was to explore the Leo Petroglyphs and Sanilac Petroglyphs. He received his final name and blessing (G. Sagassige) at Hospice House of the EUP in Sault Ste. Marie, Michigan.

Michael is survived by his wife, Chris Mitsch; brothers, Larry, Steven, and Andy; and sister, Madeline.

Michael is predeceased by his parents; sister, Caroline; and Auntie, M.J. Wilson.