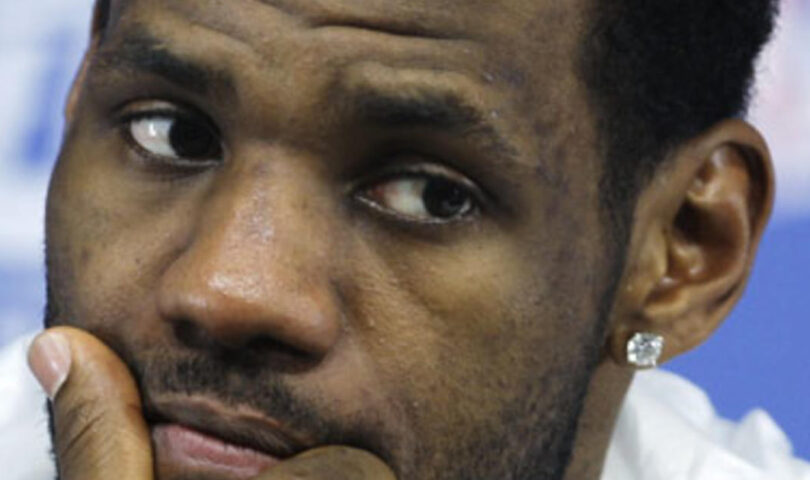 n Idaho cop was suspended this week after a video of him poking fun at NBA star LeBron James went viral on TikTok.

Last week, after an officer killed a teenage girl wielding a knife to save the life of another black girl, James threatened the cop in a Twitter post that said “YOU’RE NEXT #accountablity.” It was after James quickly removed the tweet and then refused to apologize that Deputy Nate Silvester made a video mocking the Los Angeles Lakers player and pretending to ask him for advice on policing.

“I mean, it doesn’t make a whole lot of sense, but then again you are really good at basketball so I guess I’ll take your word for it,” Silvester continued.

The TikTok, which garnered more than 700,000 likes by Thursday afternoon prompted a public condemnation from the Bellevue Marshal’s Office which said it heard about the “extreme controversy” from people in the community who “took the time to reach out to us.”

“The statements made do NOT represent the Bellevue Marshal’s Office. The Bellevue Marshal’s Office always demands that our Deputies engage with our citizens in a friendly and professional manner. This is NOT how we expect our Deputies to act on duty or use city time. This is a personnel issue that is being dealt with internally,” the department said in a statement posted to Facebook.

While Silvester is still technically employed by the Marshal’s office, his best friend started a GoFundMe, which raised more than $92,000 in the first day, to rally support for the officer while he is suspended. A portion of the donations will be given to a charity for “families of fallen officers and first responders,” the fundraising website states.