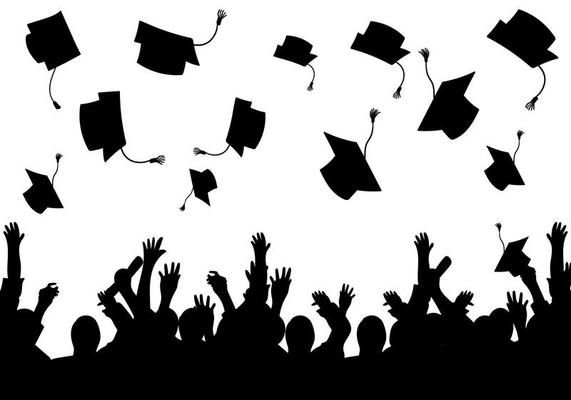 Passing the Senate by a 21-15 vote was SB 335, which would exempt the high school ceremonies from orders related to epidemic control. Sen. Mallory McMorrow was the lone Democrat to join with Republicans on the vote in support of the bill.

The House also passed a similar bill, moving it to immediate passage when it was scheduled to be advanced to Third Reading.

The legislation would provide exceptions to current Department of Health and Human Services gathering orders, allowing for high school graduation ceremonies sponsored by a public or nonpublic school during the 2020-21 academic year to be unaffected by emergency orders at the state or local level.

Rep. Kelly Breen and Rep. Tim Sneller joined all Republicans in voting yes for the bill as it passed 60-48.

Rep. Ann Bollin, the bill’s sponsor, said her bill would allow schools to offer commencement exercises in a manner that suits their district.

“Graduation is also a milestone in a young person’s life, one they wish to share with all those that led them and supported them along the way. It is traditionally the time when young people turn the page and start writing their very own stories,” Ms. Bollin said. “Our schools have demonstrated their ability to safely educate our students. … They know how to pivot. They know how to pivot on a dime. We have had to make them change and require changes with very short order and notice under these pandemic orders. They have been able to deliver education paths responsibly to meet their own local expectations and preferences.”

Rep. Darrin Camilleri said the state is so close to being at the end of the pandemic, and spoke of his sister, who is graduating high school this year.

“This bill before us today is choosing a fight that we don’t need to have,” he said. “The DHHS orders that exists in our law today … they allow for graduation ceremonies to happen. Schools have been planning graduation ceremonies for months, given that they knew things would look different. And so yes, I may not be able to attend my little sister’s graduation ceremony this year. And I am so damn proud of her, and all that she’s accomplished, amidst all the adversity. And I’m so excited for her next steps, and we’re going to have that celebration. My parents will go to her graduation ceremony. I will be able to celebrate her at a home graduation party in our backyard, safely, like so many families across the state of Michigan. This bill just does not add to the discourse, it only adds division.”

Earlier Wednesday, Sen. Jim Runestad said school districts and families should be able to determine how to hold safe graduation ceremonies, noting the bill stemmed from conversations with dozens of education leaders.

“Let’s begin to safely reduce the number of decrees from the Lansing political towers and create more autonomy to safely give our kids, families, this one very important moment in their lives,” Mr. Runestad said. “Ten million Michigan citizens should not be forced to default this important milestone which can be done safely to a single individual in Lansing. We can’t give them back everything they have missed, but we can permit them this last irreplaceable high school memory.”

Sen. Curtis Hertel Jr., speaking in opposition to the bill, called the push on the issue nonsense and said no one is trying to prevent graduation events.

“This place doesn’t care about facts any longer at all. At this point, this body, according to some, elections are rigged, the governor is killing nursing home patients, and now we’re opposed to graduation ceremonies,” Mr. Hertel said.

From there, he took a further swipe at his Republican colleagues.

“This body has become the ‘Weekly World News’ of Michigan politics: chaos and nonsense and that’s all we do,” Mr. Hertel said, a reference to the fictional news tabloid.

Ms. McMorrow said her decision on the bill was a tough one on an issue which she said has been very divisive.

She said her vote for the bill was “with a heavy heart that we are not doing more to get this state and all of our communities out of this pandemic in a real way” such as providing the remaining federal relief funding available to the state and passing a school aid budget by June 1 so school districts can better plan.

“Yes, a graduation ceremony is a great marking point in time, but it is shameful that we as a body are not doing so much more to ensure that we can get and stay back at normal for everybody,” Ms. McMorrow said.

RESTAURANT/BAR LICENSING FEES: Also passing the Senate on Wednesday was legislation refunding annual licensing fees to restaurants, bars and other food service establishments. Both bills passed by votes of 20-16 along party lines.

The first bill would provide for fee waivers for license or registration applications under the Food Law submitting for the licensing year period of May 1, 2021 through April 30, 2022. Any establishment that already paid the fee would be refunded.