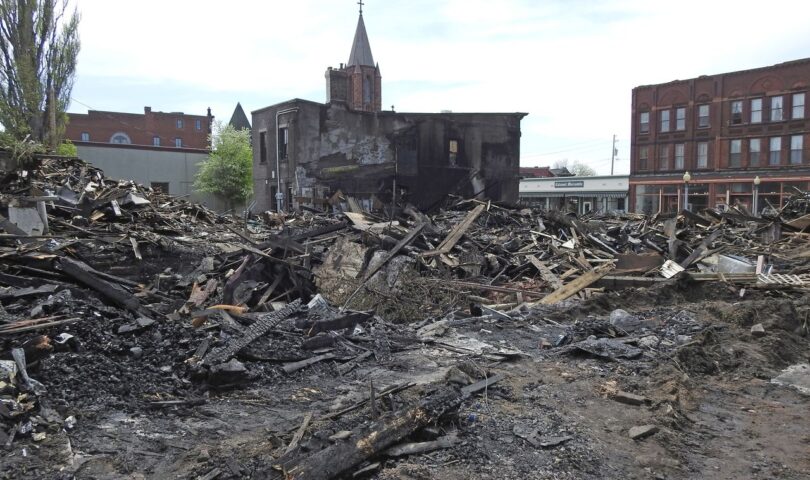 CALUMET, MI – Authorities are working to determine the cause of a fire that destroyed three buildings in an Upper Peninsula historic downtown.

State and federal agencies are working with the local sheriff’s office in Calumet, and are treating the incident as a crime, The Associated Press reports.

The fire began around 11 p.m. Friday and continued into Saturday, AP reports. It destroyed apartments, a laundromat, a former restaurant and a former tattoo shop, displacing an estimated 20 to 30 people.

Calumet is a village in Houghton County that lies about 275 miles northwest of the Mackinac Bridge.

“The wind definitely didn’t help. … The buildings are so close together. Once it started, there wasn’t much to stop it,” Fire Chief Jeff Kalcich said. “It’s hard to lose any building, and to lose three of them is pretty tough. It could have been a lot worse, but I was hoping for a lot better.”

The village council said in a Facebook post that they hope to turn the “heartbreaking” event into an “opportunity for redevelopment.” The council scheduled an emergency meeting for Monday evening.