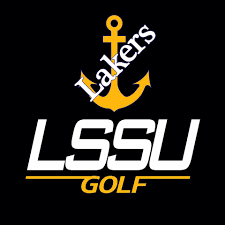 BLACKLICK, Ohio – The Lake Superior State women’s golf team competed in the NC4K College Classic hosted by Ohio Dominican University on Monday, April 5 and Tuesday, April 6 at the Jefferson Country Club in Blacklick, Ohio to continue the team’s 2021 season. The Lakers posted a combined total score of 672 in the two day competition to finish 12th among participating teams.

Keyte led her teammates during the two day tournament, with a score of 86 on Monday and a 79 on the second day of the competition to post a total score of 165. Wilkie ranked second among the Lakers with a two day total of 168 (85, 83) while Vess also posted a 168 total score (88, 80) to round out the team’s top three players in the tournament.

Later this month, the Lakers will compete at the 2021 GLIAC Women’s Golf Championships on April 16-18 at the Stonehedge North Golf Course at the Gull Lake View Golf Club and Resort in Augusta, Mich.