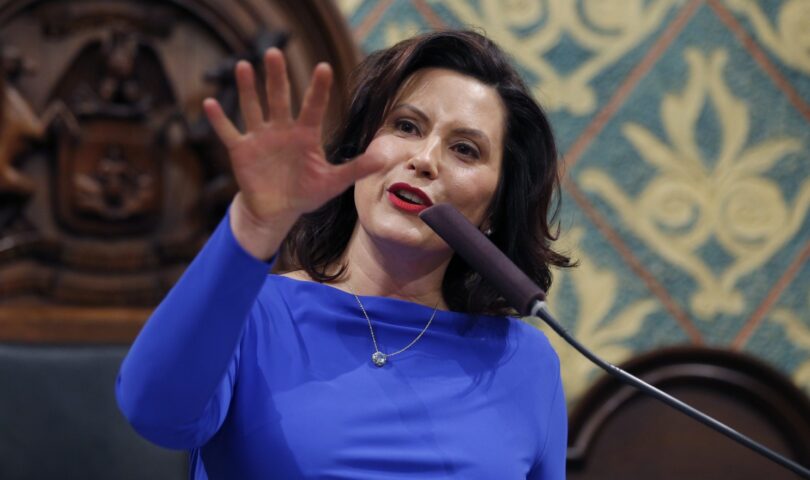 Governor Gretchen Whitmer gave voice Sunday to a point a handful of Democrats have made in the past that appears unsupported, the notion that the Michigan Supreme Court ruling last October striking down the ability for the governor to keep the state in a state of emergency without legislative approval contributed to a rise in COVID-19 cases.

Appearing on NBC’s “Meet the Press,” Ms. Whitmer was asked what has changed in why she is now refusing to impose the type of restrictions her administration used during the first and second wave of coronavirus cases to bring the state’s worst-in-the-nation COVID-19 situation under control.

“A lot of things have changed,” she said. “You know, 15 months ago, we didn’t know that this virus could be contained by the simple act of wearing a mask. We did not have PPE at our fingertips. We certainly didn’t have the testing or the vaccines. We’re now in a much different position. On top of that, in the waning months I have been sued by my Legislature, I have lost in a Republican-controlled Supreme Court, and I don’t have all of the exact same tools. Despite those things, we still have some of the strongest mitigation measures in the country: mask mandates, capacity limitations, working from home. So, we’re still doing what we can.”

However, Ms. Whitmer also declared an emergency under the Emergency Powers of the Governor Act of 1945, which enabled a governor to keep the state under a state of emergency as long as emergency conditions existed with no role for the Legislature.

Groups opposed to the orders Ms. Whitmer issued to limit activity to slow the spread of the virus, as well as the Republican majorities in the House and Senate, challenged the legality of the 1945 statute, and the Michigan Supreme Court in early October ruled against the governor, holding the law was an unconstitutional delegation of legislative power. Following that ruling, Ms. Whitmer turned to the Public Health Code, which enables the health department director to issue orders protecting public health during an epidemic, as well as the emergency department administrative rules process.

When Michigan’s second wave of cases kicked into high gear toward the end of October, some Democrats blamed the Supreme Court ruling for the situation. However, virtually all states saw a second wave at this time.

Exactly what tools Ms. Whitmer thinks would have prevented the third wave in Michigan, which from late February to now has been by far the worst any state in the nation has seen, is unclear. Chuck Todd, the host of “Meet the Press,” asked Ms. Whitmer if she could do more, would she, and if she was saying her hands were tied.

Ms. Whitmer did not answer that question, instead saying that it would come down to whether residents do their part to wear masks and be smart about gatherings.

The other aspect of Ms. Whitmer’s remarks that went unaddressed is why she thinks the powers available to her now are lacking when she has credited the actions taken in November, after the Supreme Court ruling, with saving lives and keeping Michigan’s COVID case rates below those of neighboring states.

In mid-November, through a Department of Health and Human Services order, the Whitmer administration closed high schools to in-person learning, suspended school athletics, closed restaurants and bars to dine-in service, closed casinos, movie theaters, bowling centers and other indoor entertainment venues, among other measures. Capacity was reduced at retailers, libraries and museums.