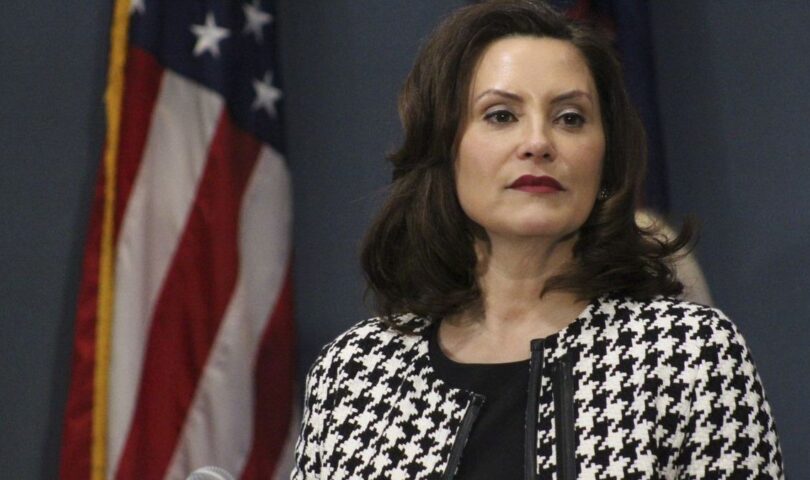 LANSING — Gov. Gretchen Whitmer traveled out of state more than a month ago to visit her chronically ill father, her office said Monday.

MIRS reported that Whitmer’s father has a home in Florida, but Whitmer’s office would not confirm that, or say in which state Whitmer visited him.

Brown would not say when the trip occurred, except that it was more than a month ago and within the last six months and during a time that Michigan’s coronavirus positivity rate was in the low single digits. She would not say where Whitmer went or whether Whitmer traveled alone or with others.

Officials earlier confirmed that Whitmer’s chief executive officer, Tricia Foster, traveled to Florida with her daughter during spring break, at a time Whitmer had specifically expressed concern about spring break travel to that state. Elizabeth Hertel, the director of the Department of Health and Human Services, the agency that issues Michigan’s coronavirus restrictions, recently traveled with her family to the Gulf Coast of Alabama when her department was cautioning against such travel and while cases in Michigan were surging.

“Whitmer’s rampant hypocrisy continues to insult hard-working Michiganders who struggle to get past her disastrous handling of the COVID-19 pandemic,” said Chris Gustafson, a spokesman for the Republican Governors Association.

Brown said Whitmer “did not go on spring break,” but traveled “to assist her elderly father who is battling a chronic illness.”

Whitmer’s father “was fully vaccinated and the governor,” who was not vaccinated at the time, “is tested regularly and has never tested positive for COVID,” Brown said. “The trip was not paid for at taxpayers’ expense.”

Brown said Gov. Whitmer has left the state three times in the last six months: Once was for the inauguration of President Joe Biden, once to visit her father, and once again to Washington, D.C., to visit Michigan’s National Guard troops stationed at the U.S. Capitol following the Jan. 6 insurrection.