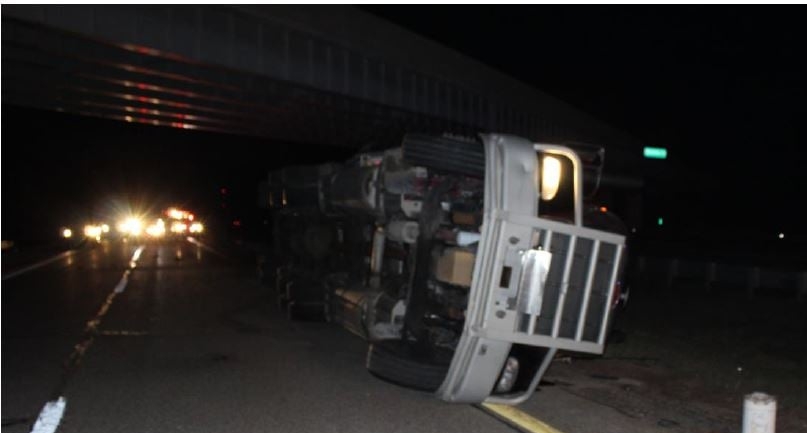 The Chippewa Co Sheriff’s Office was dispatched to SB I-75 at the Mackinac Trail overpass on 4-13-2021 at approximately 1058pm. Deputies were responding to a Semi truck that had crashed and rolled on its side.

Upon arrival Deputies found a Semi truck had driven into the median and then rolled over hitting the overpass and the guardrail. There were rolls of steel that were thrown from the trailer.

During the investigation it was found that the Semi driver showed signs of intoxication. The driver was then given roadside sobriety tests which he failed. The driver, Mark Andrew Mott, was ultimately arrested and lodged in the Chippewa Co Correctional Facility.