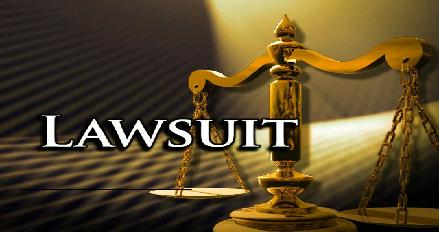 A group of high school athletes, their parents and an organization called Let Them Play filed suit Thursday in the Michigan Court of Claims contending that an order from the Department of Health and Human Services and related guidance governing high school athletics during the COVID-19 pandemic are invalid because they violate the Administrative Procedures Act.

The lawsuit argues that the March 19 order from the Department of Health and Human Services regarding athletics and subsequent guidance should have been promulgated as rules and gone through the Administrative Procedures Act.

The March 19 order required all athletes to wear masks during practice and competitions unless wearing a mask would be unsafe. Further, it required participants to maintain six feet of social distance when not engaged in play. Starting Friday, all those between 13 to 19 involved in sports practice and competition must participate in a testing program as directed by the March 20 guidance issued by the department.

A number of athletes have challenged forced quarantines because they would otherwise be unable to participate and have won court orders to let them play.

Peter Ruddell, attorney for the plaintiffs with Honigman LLP, recently wrote Ms. Hertel to ask her what authority DHHS has to regulate high school athletics. Ms. Hertel, in her response, referred to the Public Health Code’s empowering the department to issue orders to protect public health during an epidemic.

The lawsuit contends that both the March 19 order and March 20 guidance should have gone through the Administrative Procedures Act process.

That statute provides for a months-long process with public hearings and feedback.

The lawsuit does not mention the emergency rules process, but that process – which other departments have used during the pandemic – would allow DHHS to issue emergency rules for six months without a public hearing.

Mr. Ruddell, asked about the recent outbreaks involving athletes, said the state’s recent case surge cannot be pinned on athletics. Other states have been running high school athletics nonstop and have not observed the same spike, he said.

The lawsuit raises the question of whether all DHHS orders regarding the pandemic, not just involving high school athletics, would have to go through the Administrative Procedures Act process.

Mr. Ruddell said there is an unanswered question of general applicability on whether the epidemic orders are subject to the administrative rules process.

Asked whether this was a matter of semantics – that even if the lawsuit is correct, that the orders have to go through the APA, which DHHS could quickly accomplish via emergency rules – Mr. Ruddell said the point is the state did not follow the law.

“Yes, they can effectuate this policy all sorts of other ways. But they did not,” he said. “They choose this method. Mostly because it is nimble and not official. But this time they are requiring citizens to obtain a medical test on a regular basis without regard whether they are healthy or not. Physicals are one-time and to ensure your general fitness. These tests, which are authorized for emergency use only, are mandatory weekly or more frequently. Emergency use products cannot be forced on individuals per FDA regulations.”