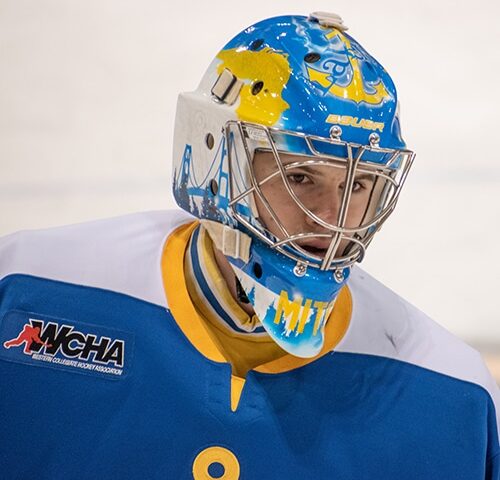 BINGHAMTON, N.Y. – Lake Superior State University senior goaltender Mareks Mitens has signed a professional deal with the Binghamton Devils of the American Hockey League on Monday, April 5, as announced by the Devils organization.

Mitens joins the Devils, the New Jersey Devils minor league affiliate, following a tremendous senior season that culminated in the program’s first WCHA Championship and a trip to the NCAA Tournament.

The LSSU goaltender, who was named Second Team All-WCHA, started 25 games for the Lakers this season, posting a 14-6-3 record with a 1.96 goals against average and a .930 save percentage. In all but five of his 25 appearances this season, Mitens allowed two goals or fewer. Mitens’ senior season will hold a place in the Laker record book as his 1.96 goals against average is first all-time among single season Laker goaltenders and his .930 save percentage during the 2020-21 season is tied for second all-time.

As of April 5, the Lake Superior State goaltender ranks eighth among all NCAA goaltenders in save percentage and ninth in goals against average in 2020-21.