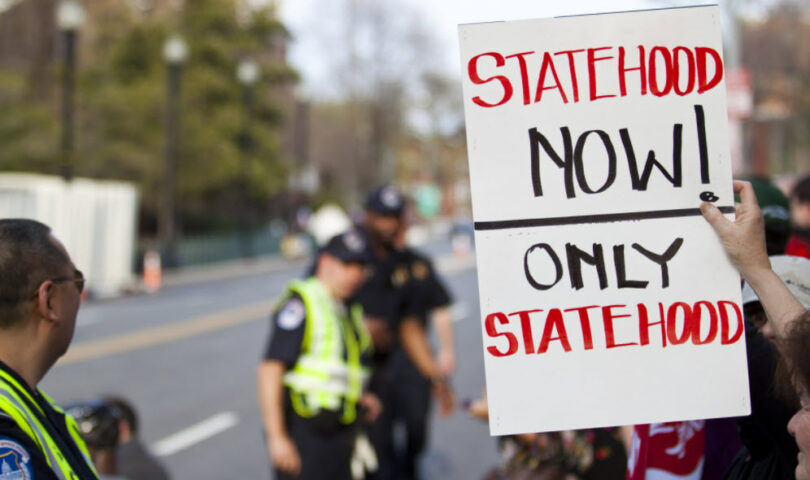 Democratic leaders Wednesday predicted passage of Washington, D.C. statehood legislation in the House and called on the Senate to end the filibuster now to create the 51st state in the union.

“I hope that the filibuster is jettisoned,” House Majority Leader Steny Hoyer, D-Md., said Wednesday. “It is not a democratic principle that a minority can … stop the majority.

“With the movement of the filibuster, there will be movement for D.C. statehood,” added the district’s non-voting lone congressional member, Delegate Eleanor Holmes Norton. “And I do believe that the filibuster is on its way out.”

The lawmakers, along with House Speaker Nancy Pelosi, spoke during a Capitol news conference Wednesday about the merits of granting the District of Columbia statehood.

The House is slated to vote on the D.C. statehood legislation Thursday and Hoyer said he expected the bill will pass with all or nearly all House Democrats in support. President Biden supports D.C. statehood and would sign the legislation into law.

The biggest challenge, however, will be in the 50-50 split Senate. With the legislative filibuster still in place, the statehood bill would require 60 votes to advance. Hoyer said Wednesday he hoped the Senate will change the “undemocratic” filibuster and would allow the statehood bill to pass in the upper chamber with a simple majority, like the House.

“Hopefully at some point in time, the people themselves will say to the United States Senate … it is undemocratic [and] it is un-American to have the minority hold the majority hostage,” Hoyer said of the filibuster. “Our strategy is to pass good bills  … and hope the Senate, through the majority vote, will enact the people’s will.”

D.C. officials and Democrats have framed the statehood issue as a civil rights matter for residents who have been historically disenfranchised. But Republicans have been firmly against D.C. statehood, calling it an unconstitutional Democratic power grab designed to shift control in the Senate by adding two senators from a liberal stronghold.

D.C. has a population of more than 700,000 residents – greater than Wyoming and Vermont – but the residents don’t have voting members in House and has no representation in the Senate. Nor does it have control over its own local affairs. However, the District of Columbia pays more in federal taxes than 21 states and more per capita than any state, according to the 2019 IRS data book.

Under the plan, the 51st state would be called “Washington, Douglass Commonwealth,” named for Frederick Douglass. The state would consist of 66 of the 68 square miles of the present-day federal district.

The two square miles around the White House, Capitol, Supreme Court and National Mall would be carved out into a reduced federal district controlled by Congress and named the “Capital.”

D.C. would have full control over local affairs and full representation in Congress, which would amount to two senators and one representative in the House based on the current population.