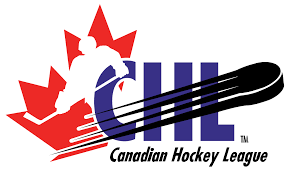 TORONTO — The 2021 Memorial Cup has been cancelled due to COVID-19 restrictions.

The league said in a release that the decision was made due to limitations on travel, border restrictions, and quarantining requirements.

“The CHL is committed to the health and safety of our players, their families and billets, our teams, staff and officials, and the communities in which we play. That has driven all of our difficult decisions for the last year as we have dealt with this global pandemic,” CHL president Dan MacKenzie said in a statement.

Five WHL teams and three OHL teams are based in the United States.

The OHL was scheduled to host the 2021 Memorial Cup in either Oshawa or Sault Ste. Marie, Ont.

The 2020 Memorial Cup, scheduled to be held in Kelowna, B.C., was cancelled last year.

The CHL says decisions regarding the hosting of the 2022 Memorial Cup will be made at a later date.

The QMJHL and WHL have been playing their 2020-21 seasons, though both leagues have had their schedules complicated by positive COVID-19 tests.

The QMJHL has its 12 Quebec teams and six Atlantic Canada teams playing in separate divisions. It plans to have a final four with three teams from Quebec and one from the Maritimes before crowning a champion.

The WHL is going with exclusive division play for four divisions. Details on potential playoffs have not been released.