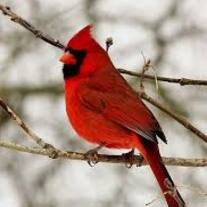 Caren grew up in St. Ignace and attended LaSalle High School. She worked at the Mackinac Straits Hospital as a Dietary Aid for twenty years. She had many treas-ured friends that she enjoyed spending time with and a big family she adored with all her heart. Caren enjoyed going to play Bingo and bird watching outside her house. She especially loved going on “nature rides” with her children, Vicki and Jerry. When she had time to sit, she also enjoyed watching sit-coms on the television.

Caren was preceded in death by her parents, Loyal and Veronica; daughter, Shauna Litzner; and infant sister, Clare Olmstead.

A Memorial Gathering will be held on April 6, 2021 at St. Ignatius Loyola Catholic Church from 10:00AM to 11:00AM with Memorial Mass to follow.

Memorial Contributions can be made out to the Evergreen Living Center, 1140 N. State St., St. Ignace, Michigan 49781