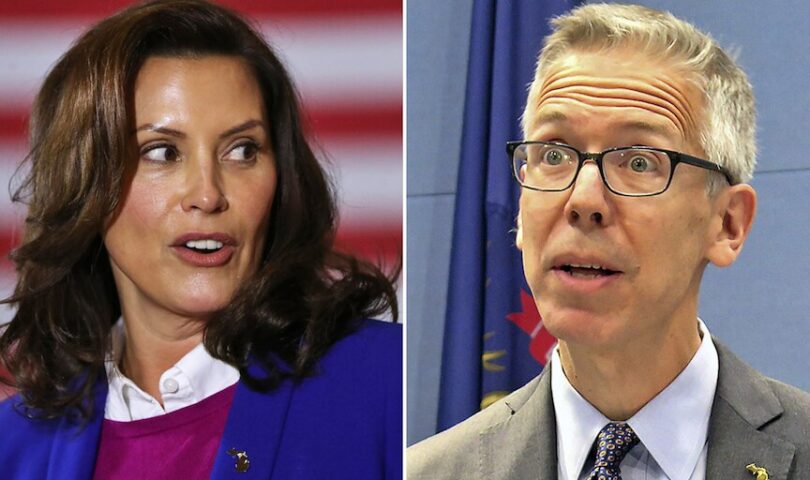 LANSING, Mich. (AP) — Gov. Gretchen Whitmer’s office said Thursday that the state and her former health director amended his $155,000 severance deal to remove a confidentiality clause that had drawn criticism.

Robert Gordon abruptly resigned in January, the day he issued a coronavirus order allowing restaurants to reopen for indoor dining after a monthslong closure. A month later, he signed the separation agreement in which the sides agreed — “in the interest of protecting deliberations among government officials” — to maintain confidentiality regarding his departure. He will not sue the state.

The parties agreed Wednesday to waive the confidentiality provision “in the interest of greater transparency,” Whitmer spokesman Bobby Leddy said.

The Democratic governor, whom Republican lawmakers have criticized over the Gordon deal and one for the former Unemployment Insurance Agency head, last week set policies regarding severance agreements. Her directive says Michigan’s executive branch cannot agree to deny the existence of a deal or withhold its details, but it allows non-disclosure or confidentiality clauses related to an “employment decision or dispute, including but not limited to the circumstances of the departure.”

The GOP-Legislature, where there have been 33 separation deals or legal settlements over the past decade, has not released details.