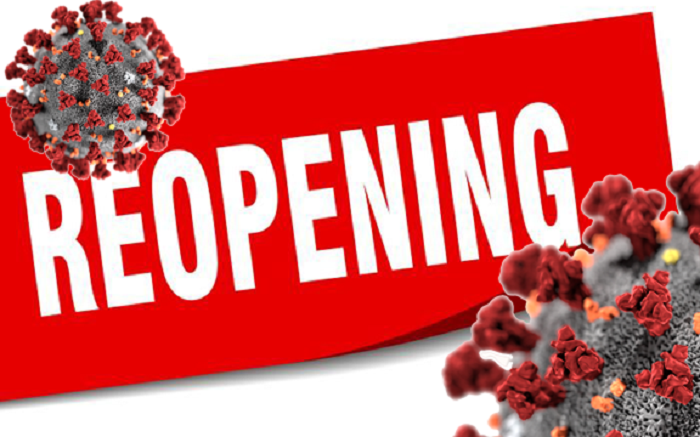 Gov. Gretchen Whitmer on Monday defended her recent loosening of the state’s COVID-19 restrictions after Dr. Anthony Fauci was critical of her actions in a television appearance on CNN last week.

Fauci, the chief medical advisor to President Joe Biden, said on CNN Whitmer was a good governor, “But I am telling them, just hold off for a bit,” on loosening some of the restrictions.

“When you get the overwhelming majority of your population vaccinated, the chances of there being a surge are minuscule. So just hang in there, don’t turn the switch on and off, just pull back gradually, not all at once everything all things are off and everything goes, that’s not a good idea,” Fauci said.

The remarks came after a big month of reopenings under Whitmer’s Michigan Department of Health and Human Services.

But asked about Fauci’s comments, Whitmer stood by the state’s reopening decisions.

“I think that sometimes at the national level there is interchange between the thought that a state is dropping their mask requirement is the same as a state moving from 25% restaurants to 50% of restaurants,” she said.

She said she had a great deal of respect for Fauci, whose guidance the state has followed throughout the pandemic. She also recognized Michigan’s numbers are increasing.

“We do see our numbers up. We have the variants, which are highly contagious, and we’ve re-engaged these things. So he’s concerned, I’m concerned, Dr. J’s concerned,” she said, referencing Michigan Chief Medical Executive Dr. Joneigh Khaldun.

Michigan’s cases of COVID-19 have been trending up in recent weeks. The state has averaged 2,719 cases per day over the last week. On Feb. 20, the 7-day average of new cases was 814 per day. The average percentage of test coming back positive over the last 7 days is 7.95%, and on Monday the positivity rate was 9.62%.

Whitmer said the state was making good progress on distributing vaccines and would continue to ramp up distribution.

According to state vaccination data, Michigan had vaccinated 28.5% of its residents with at least one dose as of March 18.