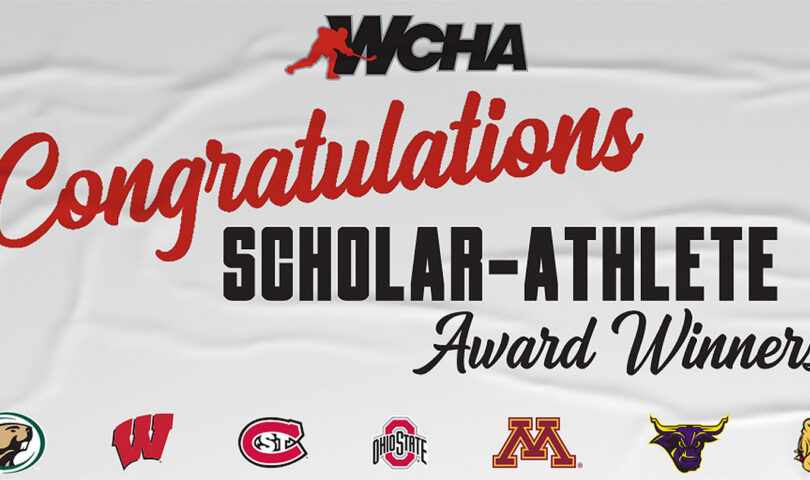 “On behalf of the Western Collegiate Hockey Association, I want to extend congratulations to our 2020-21 WCHA Scholar Athlete Award winners,” Robertson said. “I’m excited to recognize publicly the academic excellence of our 105 student athletes who have performed at an elite level in the classroom while competing at the top level of collegiate hockey. All of our recipients are exceptional representatives of the WCHA.”

The WCHA Scholar-Athlete Award was developed through member institution Faculty Athletics Representatives and approved by the conference membership for the 2005-06 season. To earn recognition as a WCHA Scholar-Athlete, conference-member student-athletes must have completed at least one year of residency at their present institution prior to the current academic year and must also have a grade-point average of at least 3.50 on a 4.0 scale for the previous two semesters or three quarters. A candidate may also qualify if his overall GPA is at least 3.50 for all terms at his present institution.

Over the 16 years of the award, there have now been more than 1,200 WCHA Scholar-Athlete honorees representing  every men’s and women’s member institution. Forty-eight of this season’s 105 men’s recipients are repeat honorees,  with 15 of those now being three-time honorees. This year’s 105 honorees are also an increase from the 92 men’s  student-athletes who were honored a season ago.