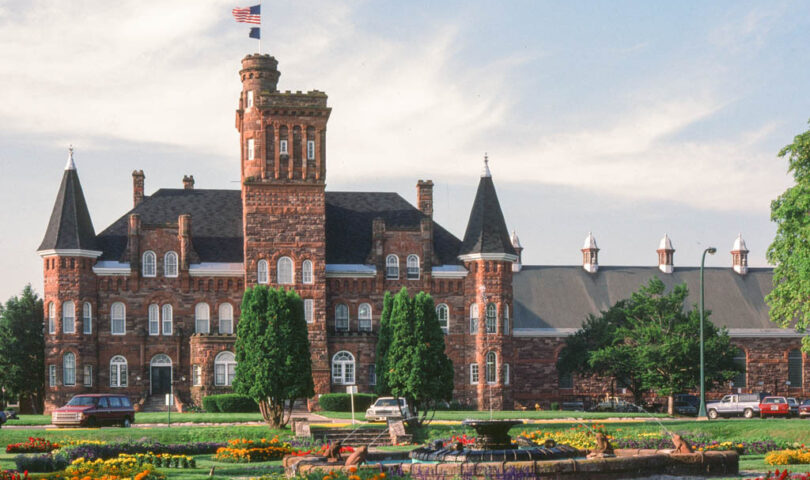 On February 27, a female corrections officer was punched and stabbed in the face and neck by a male inmate. The officer was sent to the hospital and released the same day.

On March 3, a corrections counselor was also assaulted by an inmate.

“The prisoner reached out through the cell bars and tried to stab at the prison counselor,” said Chris Gautz, spokesman for the Michigan Department of Corrections (MDOC).

The counselor sustained minor injuries to his jaw. He was also sent to the hospital and released the same day.

Gautz says after such an incident, the inmate is taken out of the facility.

“The prisoner who perpetrated that assault would certainly be removed from that situation and eventually taken to another prison,” he said.

Gautz says the MDOC will be working with Michigan State Police to investigate both assaults.

According to Byron Osborn, president of the Michigan Corrections Organization, officers are trained to be prepared for potential assaults.

“When an officer calls for assistance or is seen in need of assistance, all available staff respond to that area and we take whatever action necessary—including use of force—to regain control of that situation,” said Osborn.

However, Osborn adds there is no exact way officers are expected to handle an attack.

“They’re all very different,” he said. “Some are isolated; other times they happen right in the presence of other staff and they end much more quickly.”

Gautz says the MDOC is doing everything possible to take care of its officers and counselors in cases of assault.

“This is not just part of the job,” said Gautz. “This is not something that should be treated lightly.”

Gautz says one way the MDOC takes care of its staff members, and their families, is through wellness services.

“We understand trauma much better now as a department,” said Gautz. “It’s not just, ‘Get back to your shift.’ We understand that this can take a toll, and it could be weeks or months. We want to make sure the staff have everything that they need to feel comfortable and safe working in that environment.”

The investigations of the two assaults are currently underway.