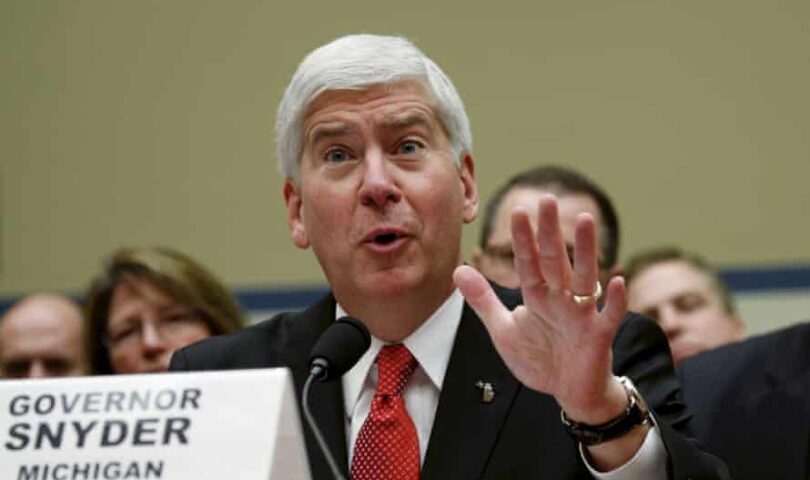 A judge presiding over the Flint water criminal case today denied former Governor Rick Snyder’s motion to quash proceedings, in which the former governor argued that any action taken or not taken regarding his alleged crimes occurred from the seat of state government in Lansing and not in Flint.

Mr. Snyder’s attorneys had also questioned whether the charging indictment from a single grand juror in Genesee County was proper due to a lack of jurisdiction, again asserting that crimes alleged in the indictment occurred in Ingham County and not Genesee County.

In an opinion read aloud from the bench, Genesee District Judge William Crawford said in a hearing this morning that his interpretation of applicable law disagreed with those arguments. He said for several reasons, including the fact that as a top statewide official, Mr. Snyder’s actions or inactions in the Flint disaster – as the indictment states – crossed county borders and were not limited only to the seat of state government.

Mr. Crawford also pondered the challenges that would occur at trial if Mr. Snyder were tried before a Genesee jury for crimes allegedly committed in Ingham, or vice versa.

Further, the judge determined that in the absence of clear precedent, the grand juror determination was sound and that the Department of Attorney General is prepared to prove at trial why both the jurisdiction and venue were proper.

A written opinion from Mr. Crawford is forthcoming but was not immediately available following today’s hearing.

Snyder attorney Brian Lennon said that he intends to file a motion to stay proceedings while they pursue an interlocutory appeal and until the Department of Attorney General can provide the full breadth of evidence against Mr. Snyder used to enact the indictment, which is a separate issue the defendants have about the process by which they were indicted, most of all Mr. Snyder.

Assistant Attorney General Bryant Osikowicz responded by saying that he does not believe a stay is necessary.