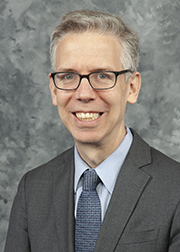 In a letter to lawmakers Thursday, former Michigan health department director Robert Gordon still did not expressly say why he resigned from his role as a key leader in the fight against COVID-19 in late January, but he acknowledged there were policy disagreements.

Gordon said Gov. Gretchen Whitmer deserved to have a director of the Department of Health and Human Services “with whom she is comfortable.”

“On occasion, there were robust conversations about policy issues where reasonable people could disagree and did. This was healthy: The stakes were life and death, and different people have different roles,” Gordon wrote in the letter.

“Michigan was hit hard by COVID early, and initially had the third-highest fatality rate in the nation. But different perspectives can produce strong outcomes.”

“There weren’t any improprieties with his work. He resigned and the governor accepted his resignation. No additional details to share, and we’re not going to speculate on rumor,” Whitmer communications director Tiffany Brown said in an email Thursday.

The letter came a day after Gordon and Whitmer agreed to waive a confidentiality clause in a separation agreement signed in February. The deal paid Gordon $155,000, and also stated that “in the interest of protecting deliberations among government officials, the parties agree to maintain confidentiality regarding employee’s departure from employment unless required by law to release such information.”

“While it’s disappointing, it took tremendous, sustained public pressure and outcry to get to this point, I am glad that the governor and former Director Gordon have finally made it possible for them to offer open, honest testimony before the Legislature on the state’s controversial nursing home policy,” Johnson said Thursday, in response to Gordon and Whitmer waiving the confidentiality clause.

“I have requested and will continue to request their testimony before the House’s Oversight Committee.”

Gordon’s letter indicated he was submitting the written statement in lieu of appearing before the committee. Lawmakers who previously called for his resignation will likely continue to pursue more information as to the circumstances that prompted his departure.

On Thursday, Johnson and 20 other lawmakers filed a resolution seeking subpoena power for the House Oversight Committee.

After Gordon’s separation agreement became public, news of other agreements emerged. Steve Gray, the former head of the Unemployment Insurance Agency, received roughly $86,000 when he resigned in 2020. Sara Esty, a former deputy director for the health department, received one month of paid leave earlier this year. And at least five former members of the Michigan Economic Development Corporation, a quasi-governmental entity that uses both public and private funds, received a total of $255,000 since 2019.

Republican lawmakers have blasted these agreements, arguing they undermine public statements from Whitmer touting the need for transparency in government. However, records show the Legislature has spent $690,000 on at least 33 confidential agreements associated with former employees in roughly the last decade.

Whitmer has repeatedly avoided questions about why Gordon left. The day he resigned, she also did not initially thank him for his service in a news release that announced his successor, Elizabeth Hertel. She later tweeted her appreciation and has expressed it repeatedly.

“We all know that Gov. Whitmer moved to reopen more quickly and that Gordon wanted more caution. The reasons for his departure are open and obvious. She wanted to reopen restaurants so Gordon got a severance instead of a job,” Irwin tweeted in early March.

In his letter, Gordon said health restrictions implemented in November were “developed and then extended through days of deliberation.” As he has done in the past, Gordon defended actions he and the governor took to respond to the pandemic.

“The evidence is clear that Governor Whitmer’s actions have saved thousands of lives. I was honored to play a part in that work,” Gordon wrote in the letter.

“I am happy now to be a private citizen, see my family and contribute to our country in new ways.”

In a statement Gordon posted online earlier this month, he said the pandemic was especially grueling for himself and his family. He noted both his parents contracted COVID-19, eventually leading to the death of his father.