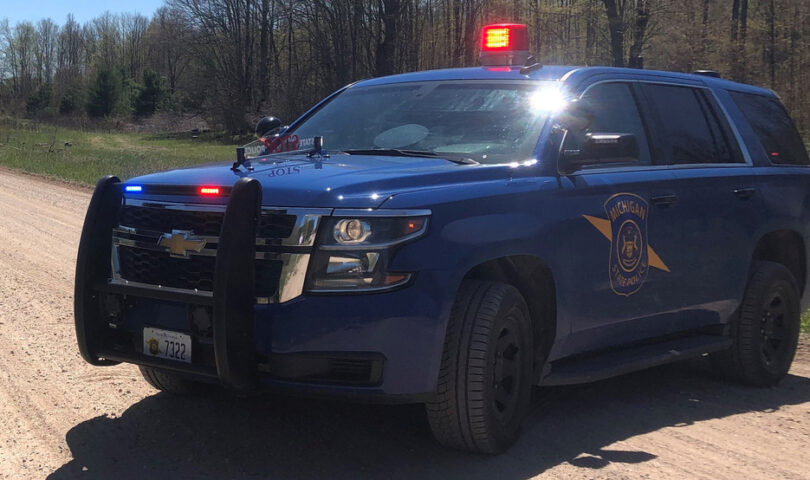 FLINT, MI – A Michigan State Police trooper was hospitalized after being injured in a Friday, March 26 crash involving an alleged drunk driver.

The trooper was conducting a traffic stop on Fenton Road near Lincoln Street in Mundy Township when a 42-year-old driving a Chevrolet Silverado pick-up truck crashed into the back of the stopped patrol car, police said. The impact pushed the cruiser forward into the trooper and a Ford Fusion that was pulled over.

The trooper was thrown onto the hood of the patrol car and landed in grass on the side of the road, Michigan State Police said in a news release. The driver of the Ford Fusion was not injured.

The trooper was admitted to the hospital with non-life-threatening injuries and is expected to be released Saturday.

Police arrested the driver of the Silverado for operating while intoxicated. A local hospital evaluated and released the suspect driver.

This is the second crash involving a Michigan State Police trooper this week. An Upper Peninsula trooper was injured in a two-vehicle crash on Wednesday.