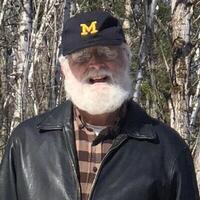 David was born on December 19, 1953, in Burlington, Vermont to Roland Paul and Shirley Alice (Fondry) Leclerc.  David was a graduate of Sault High School with the class of 1971.  He continued his education earning a master’s degree from the University of Michigan and later, multiple other degrees from other universities.  David worked as an engineer and designer at Ford, McDonald/Douglas, Sikorsky Helicopters, and eventually, retired from Chrysler.  David is survived by his children: Elizabeth Leclerc and Ryan Leclerc; his siblings: Bill (Cathy) Leclerc and Michael (Kay) Leclerc both of Sault Ste. Marie, MI, Holly (Mark) Pingatore of Charleston, SC, Barbara (Dave) Allison of Rapid City, MI, Peter (Cathy) Leclerc of Traverse City, MI, and Dan Leclerc of Grand Haven, MI; and eleven nieces and nephews.

David was preceded in death by his parents: Roland and Shirley (Fondry) Leclerc who both passed away in 2005.

According to David’s wishes, no public services will be held.