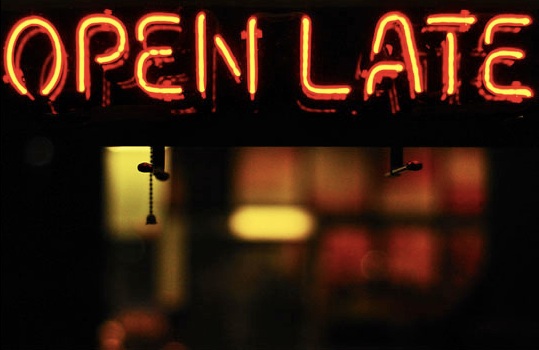 Lansing, Mich. (AP) — Those working the late shift could catch last call and bars could pocket extra sales after missing out heavily during coronavirus restrictions under legislation under consideration in Michigan that would allow alcohol sales at bars and restaurants until 4 a.m.

Bill sponsor Rep. Ryan Berman testified in front of a state House committee last week that the measure would allow local municipalities to adopt their own rules to extend the pre-pandemic cutoff of 2 a.m. to make it 4 a.m.

Currently, indoor dining, including bars has a 10 p.m. curfew due to state COVID-19 restrictions. Berman said having the extension ready and waiting for businesses is important to help them financially recover from the pandemic because there’s a market for late night alcohol sales.

“Once that is lifted it gives the local establishments, restaurants, bars, the ability to make up some lost time,” the Commerce Township Republican said. “Not everybody, in what we’re learning, has the same schedule. Not everybody works 9 to 5, not everybody is on the same sleep schedule. People work nights, people work weekends, different shifts.”

Scott Ellis, executive director of the Michigan Licensed Beverage Association, supports the bill. He said in an email that there’s interest in the market to have sales until 4 a.m. Though the legislation is not a high priority at the moment, the association is seeking opportunities to get businesses back on their feet to pay their liquor license fees and property taxes “because of the devastation they have felt from being closed due to COVID.”

In Michigan, the leisure and hospitality industry was hit harder with jobs lost than any other industry, with employment down 47% in December from what it was in December 2019, according to the U.S. Bureau of Labor Statistics.

Some groups oppose the bill, citing concerns over drinking and driving, and addiction being escalated by extending the hours.

Mike Tobias of Michigan Alcohol Policy Promoting Health and Safety, a group dedicated to reducing the illegal and harmful use of alcohol, testified that even with local opt-in power, damage can be done in communities.

Tobias said the extension doesn’t make sense for places like Shiawassee County where he thinks no one will want to stay up that late to serve alcohol. Ride share apps that allow drunken people to get home without driving aren’t as viable an option as they are in bigger cities like Detroit, so those seeking to drink later will travel on their own.

“There’ll be some drinkers who will travel to nearby communities perhaps in Flint or Detroit and will be traveling from Shiawassee County to these places that are open until 4 a.m. and then driving back at 5 or 5:30 in the morning,” Tobias said. “I think it may help a few bars or restaurants, maybe the casinos and that kind of thing, but overwhelming, there’s more harm than good.”