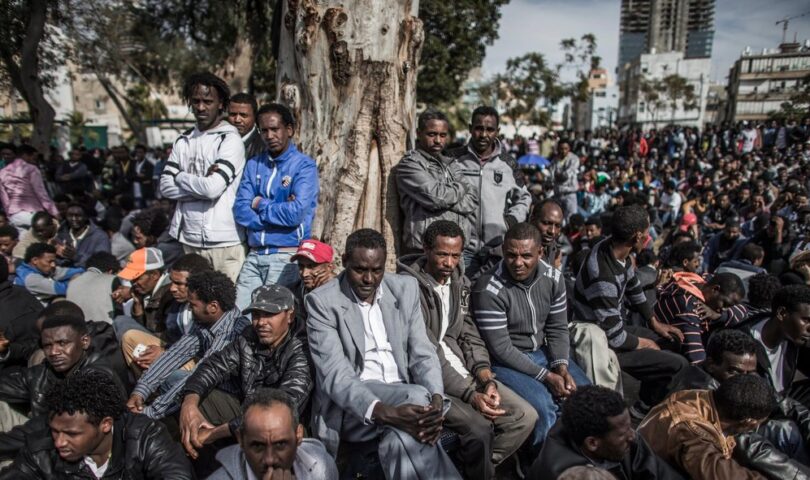 A new spike in the number of families and children crossing the Rio Grande into South Texas over the past several hours is forcing U.S. Customs and Border Protection to request airplanes that will allow the Biden administration to transport migrants to states near the Canadian border for processing, according to two Department of Homeland Security officials and an email reviewed by The Washington Post.

Border officials requested the air support from U.S. Immigration and Customs Enforcement because 1,000 members of families and unaccompanied minors crossed the Rio Grande on Friday morning, and border agents have another 1,000 migrants they have been unable to process since last night, the communications show.

The air transport plan is the latest measure in the Biden administration’s scramble to contend with a widening emergency that officials say they do not view as a “crisis” but a “stressful challenge.”

The extraordinary volume of unauthorized border crossings in recent days has left the families and minors waiting hours outdoors, many under a bridge next to the river where CBP is operating a large outdoor processing station. The backups have been exacerbated by the more than 4,500 unaccompanied teenagers and children held in detention cells and border tent sites, a record number.

During the peak of the 2019 border surge, when unprecedented numbers of migrant families crossed into the United States, the Trump administration also used ICE Air flights to send families to different border sectors that had capacity to hold them.

That crisis occurred during warmer months, however, and CBP officials did not immediately respond to questions about whether the government would be able to furnish winter clothing to parents with children if they are sent to states such as Montana, North Dakota and Michigan, where the Border Patrol has far fewer staff members and generally smaller facilities.

The email indicates CBP has not yet determined which northern and coastal states could receive the flights.

CBP has used ICE aircraft in recent days to transport migrant families from the Rio Grande Valley, where facilities are far overcapacity, to the El Paso area. Many of those families are then being returned to Mexico under a Trump-era emergency public health order.

On Thursday, the DHS said the Federal Emergency Management Agency would provide $110 million in funding to nonprofit groups and government agencies to help care for families and children crossing the southern border. The funds will come from $510 million in supplemental funding through the American Rescue Plan Act to “assist organizations in communities across the country dedicated to providing food, shelter and supportive services to people with economic emergencies, including our nation’s hungry and homeless populations,” FEMA said.