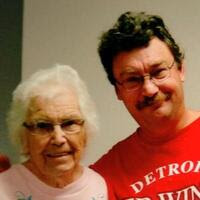 Alan Thomas Drake, 63, of Sault Sainte Marie, Michigan went to be with his heavenly father on March 28, 2021, at War Memorial Hospital.

Alan was born on December 7, 1957, in Sault Sainte Marie, Michigan to the late Peter and Kathryn (Hewitt) Drake. Alan was a graduate of Brimley High School with the class of 1976. He attended Lake Superior State University and earned an Associate’s Degree in Building Construction. He was also a member of Liberty Baptist University Alumni.

Alan enjoyed reading and studying his Bible and listening to Christian music. Alan also enjoyed following sports, especially the Detroit Tigers, U of M football, and both Red Wings and Laker hockey. His greatest joy was uplifting his friends and family. He was always there when someone was sick or celebrating a birthday. It also wasn’t unusual for him to stop by for a quick visit where he would pray for you and tell you how much he loved you. His servant’s heart and love for others was very evident.

Alan was a maintenance worker at McDonald’s restaurant for many years. He loved his work family and took great pride in his work.

Alan attended the Gospel Chapel and the Community Baptist Church. He had a very close and loving relationship with his church families.

Alan was preceded in death by his parents Peter and Kathryn Drake.

Memorials may be left in Alan’s name to the Gospel Chapel or the Community Baptist Church.

“Therefore, if anyone is in Christ, he is a new creation; old things have passed away; behold, all things have become new.” – 2 Corinthians 5:17