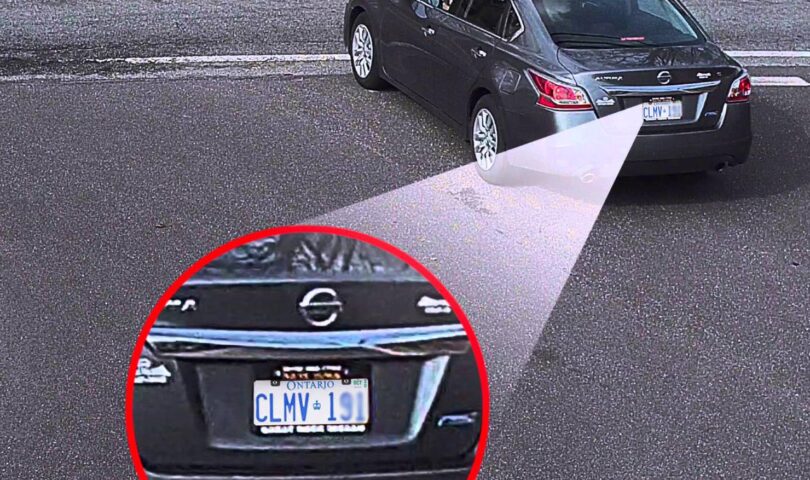 Cameras monitored by Sault Ste. Marie Police Service will start scanning the licence plates of all vehicles entering and exiting the city via Highway 17 East and North later this year.

The move, police say, will make it easier to track suspect vehicles connected to activities such as human and drug trafficking and child abductions while saving on staffing costs when officers could potentially spend days watching for specific automobiles.

The cameras, to be based on Highway 17 near Garden River First Nation and near Sixth Line, will be installed in two to three months.They will operate constantly.

Only data from “vehicles of interest,” will be saved after 24 hours, said spokesperson Lincoln Louttit.

City police decide what plate numbers the automated licence plate readers should watch for. Licence plates of interest to other police departments can also be entered. Alerts are sent to officers when there’s a match.

“They would act accordingly depending on what the investigation is,” said Insp. Jody Greco during a presentation to Sault Ste. Marie Police Services Board on Thursday afternoon.

The location of the vehicle in the city could then be confirmed and a search warrant sought for the address.

Stevenson acknowledged drivers can try to obscure their plates, but they could face other charges if caught attempting to do so.

“The cameras are pretty good in terms of reading through different covers on the plates,” he said. “It’s reasonable to assume it’ll pick up as best it can.”

Mayor Christian Provnezano, who is a police board member, called the cameras “a fantastic initiative” that will help police services nationally.

“There aren’t very many ways to get across Canada without passing through here,” he said.

Greco told police board members the limited number of access points to the Sault is a rarity for a larger centre.

“Most cities have multiple entry points compared to Sault Ste. Marie where we have only two,” he said.

Anyone concerned about their loss of privacy should consider “if they’re not up to anything, there won’t be a problem,” said Provenzano.

“It’s not a free-for-all,” he said. “We have to have investigative reasons for accessing CPIC (Canadian Police Information Centre), for accessing any database.”

Using databases for personal use “is never done, and if it is, they’ll be sanctioned under the Criminal Code and the Police Services Act.”

“Information will come in where we’ll spend a lot of money looking for very suspicious targets,” said Stevenson. “We’ll still do that, but a lot less now.”

A grant of about $29,000 from Ministry of the Solicitor General is covering about 45 per cent of the estimated cost of $65,000 for two cameras. The police department put aside cash in 2020 for the purchases.