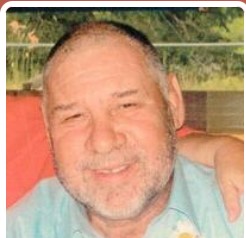 Thomas was born on July 3, 1947, to Hilliard and Marguerite (Hanna) Moran, Sr. in Sault Ste. Marie, MI.  On August 8, 1964, he married Christine Hutte in Sault Ste. Marie, MI.  Thomas was a member of the Sons of the American Legion, the Sons of the VFW, and the Moose Lodge.  He also was a Foreman Painter for the Mackinac Bridge for over 32 years.  Thomas enjoyed hunting, fishing, camping, golfing, and spending time with his grandchildren.

Thomas was preceded in death by his parents; a daughter: Laura Moran; a sister: Mary Hanna; a granddaughter: Jessica McKechnie; his mother-in-law: Betty Willis; and a sister-in-law: Cheryl Mahoney.

A celebration of Thomas’s life will be held later this summer.