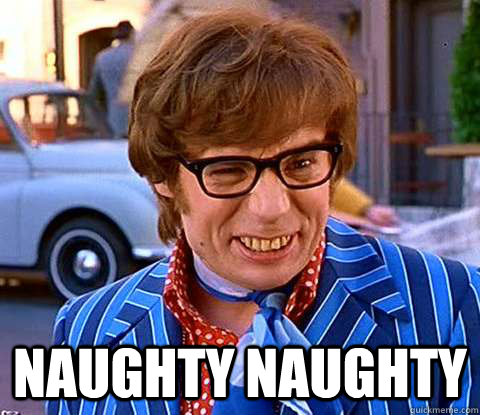 The authority tasked with overseeing design and construction specifications of Enbridge Energy Company’s Line 5 tunnel were chided repeatedly by various groups, including Tribal communities, over its approval of various joint design specifications as the group met Wednesday for the first time in nearly a year.

The Mackinac Straits Corridor Authority met virtually Wednesday via Zoom which was livestreamed on the Department of Transportation’s YouTube channel.

However, the fact that the authority did not meet once in public – via Zoom or otherwise – since March 2020 became a major point of consternation for others who gave public comment, with some questioning decisions and conversations that were had throughout the year.

Representatives from Tribal communities, mostly in the northern Lower Peninsula and the Upper Peninsula, said that they remained opposed to the construction of the tunnel and to Enbridge’s pipeline in its entirety, asserting the risk of ecological disaster outweighed any economic benefit posed by its existence.

Several said the 1953 easement allowing the existence of pipelines beneath the straits – which has become a point of legal controversy as the administration of Governor Gretchen Whitmer and Attorney General Dana Nessel work to revoke the easement – violated the 1836 Treaty of Washington with the Ottawa and Chippewa nations that ended up ceding at least 37 percent of what would become Michigan’s land mass to the United States.

Aside from those comments, others said it was preposterous that the authority could not meet virtually for a year given that many local governments and other state agencies have been able to hold meetings.

Michael Nystrom, one of the two Republican members of the authority, said following public comment that the body was restricted from having meetings within the last nine and half months due to coronavirus restrictions through the Ms. Whitmer’s and later the Department of Health and Human Services’ various executive orders.

That, however, is not true, as several state commissions and boards have met consistently throughout 2020 via Zoom or other virtual means, including the State Board of Education, Michigan Commission of Agriculture and Rural Development, the Public Service Commission and the Certificate of Need, among several others.

The fledgling Independent Citizens Redistricting Commission, which began its work during the height of the COVID-19 pandemic, has met several times a week since the commission started its work in 2020.

Some commenters also expressed concerns about several contracts that were moved forward for over the last year for consulting work which were presented and eventually accepted by Mr. Nystrom and Democratic authority member Tony England at Wednesday’s meeting. Those commenters had wondered if such moves and a perceived lack of notice for this week’s meeting violated the Open Meetings Act.

Others were simply upset that the project continued to move forward amid legal battles and opposition from Ms. Whitmer’s office, with some noting that it appeared as though the authority members – tasked with an oversight role for design and construction – were advocates for the project instead.

Mr. England countered that assertion in his own statements following public comment.

“While it may sound that we’re advocates for this tunnel, we’re not,” he said. “What we’re advocates for is, if this tunnel is going to happen, that it would be something that serves the public of Michigan well. I mean, that’s the way I’m trying to approach this position. So that means that if I see something that is being done well, I will applaud it. If I’m seeing something that I think is not being done well, I will certainly say so. I’m looking at representing the people of Michigan, that if this tunnel be built, it be built well.”

The authority on Wednesday also heard updates from Enbridge on its work throughout 2020, as well as updates on the manufacturing of equipment necessary to complete the tunnel project that will hold house its Line 5 oil pipeline as well as additional third-party utilities that may also be housed within the tunnel.

Michael Bagale, director of major projects with Enbridge, led the discussion detailing the company’s on and offshore soil investigations, as well as its geotechnical inquiries that began last year.

Mr. Bagale showed several maps and diagrams of where exactly Enbridge pulled sediment samples in the straits and where the company surmises that the tunnel will be placed under hundreds of pounds of pressure beneath the waterway.

The project manager said the company has tried to do as much research and investigatory work as possible in line with all necessary compliance standards with the fundamental premise of making sure the encapsulated tunnel could continue to operate risk-free.

Mr. England had asked Mr. Bagale what would happen if the company dug into an overburdened area of the Straits, wondering if a miscalculation could compromise the would-be tunnel.

Mr. Bagale responded that the company will not find itself in that position, as the whole point of doing the investigatory work was to find the best and safest possible route for the tunnel.

During the presentation, another Enbridge official, Director of Government Relations Peter Holran, said that they have been approached by a fiber cable company that runs 911 service throughout the state, as well as Wisconsin and Minnesota, interested in running fiber cable in one of several spots allotted for third party utilities.

Near the end of the meeting, Michael Mooney, a consultant to the authority, detailed various project milestones, design/engineering submittals received and presented those development specifications, which the authority voted to approve on Wednesday.