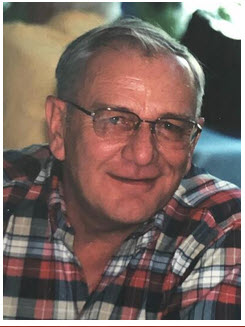 Ron was born in Sault Ste. Marie, Michigan on September 30, 1939, the son of the late Russell and Mildred (Nelson) Pattison.  He graduated from Sault High School and worked in management at Edison Sault Electric for many years.  In his younger years, Ron enjoyed hunting and camping.  He also enjoyed watching NASCAR where he followed Dale Earnhardt, Jr.

According to Ron’s wishes, no public services will be held.  Arrangements are in the care of C.S. Mulder Funeral Home and Cremation Services.  In lieu of flowers, memorials may be left to the Nancy Miller and Russel Pattison Nursing Scholarship at Lake Superior State University.