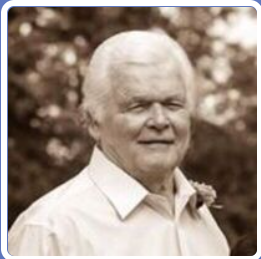 Robert was born on October 3, 1937, in Lakeview, Michigan to the late Peter and Grace (Petersen) Cahill.  He graduated from Lakeview High School with the Class of 1955.  On April 25, 1959, he married Mary Louise Magnuson in Two Harbors, Minnesota.  Robert joined the Air Force, and was stationed in Alaska, Colorado, and Minnesota for his four active years as an Electronics Technician; he later went on to work for Western Union for 30 years as a Computer Technician.  Robert lived his last 30 years on Sugar Island, where he built our beautiful home, a place where the grandkids met up with their cousins every summer. The first 35 years were spent on the mainland where our 6 children spent their growing years..there are not enough words to express the love he had for his family, and the deep level of love, respect, and admiration they had for him. He was the rock and foundation of our family, our knight in shining armor, our tower of strength, and our role model who always led by example, never wavering.  He expected the best from his children and grandchildren, and he never had any doubt that they would be their best.  He lived a blessed life filled with love, joy, and laughter and was adored by all. Even though his physical presence is no longer with us, his Spirit will live in our hearts forever!  Robert is survived by his wife, Mary; his sons:  Alan (Char) Cahill of Sault Ste. Marie, MI, Timothy (Tammy) Cahill of Oregon, OH, and Christopher (Jennifer) Cahill of Athens, IL; his daughters:  Barbara (George) Reeves of York, SC, Cindy Maleport of Sault Ste. Marie, MI, and Kimberley (Brett) Hirsch of Sarasota, FL. Robert is also survived by his grandchildren: Nick (Emily), Natalie (Rob), Denise, Timothy Lee, Traci, Jesse Lee, Jamie Lee, Landen, Cayden, Brooke (Matheus), and Jenna; his great-grandchildren:  Finley, Eliette, Harrison, Kathryn (Matt), Cash, Abby, Joshua, and Jemmalee; his great-great-grandchildren; Rori, and Gage; and a sister Vicki (Tom) Kriegish of Mount Pleasant, MI.   Robert was preceded in death by his parents; a sister: Betty Goerner; a grandson: Ronnie Reeves; and a great-grandson: Brandin Heinricy.    Due to Covid -19, a Celebration of his Life will be shared by his family only. Cremation has taken place.