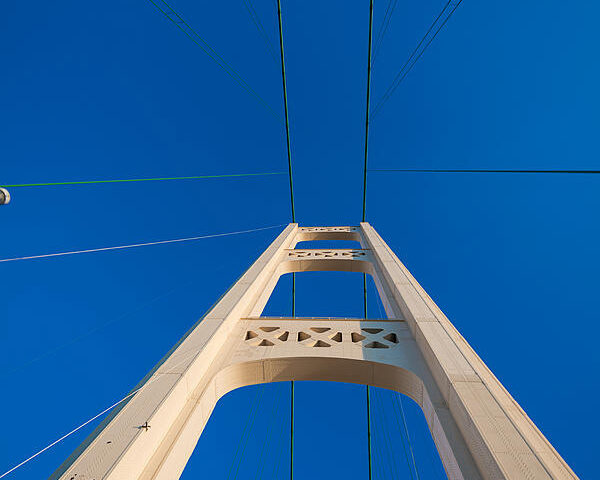 ST. IGNACE, MI – An Ohio man accused of illegally climbing the Mackinac Bridge in November has been charged in Michigan.

Issac Kendall Wright, 25, of Cincinnati was arraigned in the 89th District Court of Cheboygan County on Thursday on a charge of felony trespass upon a key transportation facility.

Wright had previously been charged with second-degree burglary in Cincinnati after he allegedly broke into an office building and took pictures from atop a skyscraper near Great American Ballpark, according to Law and Crime.

Michigan State Police were alerted to Wright’s actions after photos taken atop the Mackinac Bridge were posted to social media in November 2020.

“This person risked his own life and put people crossing the bridge in danger,” said MBA executive secretary Kim Nowack in December 2020. “If a rescue had been needed, the lives of emergency personnel and bridge staff would have been also been at risk.”

Wright reportedly triggered a bridge alarms one morning in early November 2020, but staff couldn’t determine what triggered it at the time. Several hours later, another alarm went off and a person was seen leaving the bridge.

Local police were called to investigate but couldn’t find the individual. Wright’s photos on social media later tipped police off, according to a November release from the Michigan Department of Transportation.

Detectives from multiple states were eventually able to arrest Wright in Winona, Arizona. He was extradited to Cincinnati to face his first set of criminal charges before being arraigned virtually on the Michigan charge, according to WLUC-TV.

Wright remains lodged in the Hamilton County Jail in Ohio. His preliminary exam on the Michigan charge is scheduled for March 5, the TV station reported