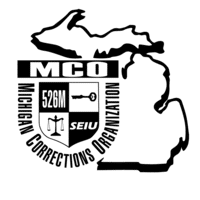 Employees with the Department of Corrections are calling on Governor Gretchen Whitmer to restore personal leave time and wages lost due to mandated quarantine procedures because of close contacts with a person possibly infected with the coronavirus.

Members of the Michigan Corrections Organization, the union for corrections officers, in an email last week urged their membership to send emails to the Office of the Executive Office outlining corrections officers and forensic security assistants have been forced to use their own sick and annual leave for employer-forced quarantines due to close contacts at work.

The group also alleges these employees were excluded from leave time provisions in the CARES Act that would have provided an additional 80 hours of additional sick time leave.

A template letter MCO members can send to Ms. Whitmer states that no action has been taken “to address the devastating impact the forced use of their earned leave time has had on them and their families,” leaving employees fiscally and mentally in the lurch.

“In short, even though they have continued to put their lives on the line in state service during this deadly pandemic, the state has failed to protect their personal leave time and paychecks,” it reads. “They have been unfairly penalized during a time when many other state employees have had the opportunity to work from home and protect themselves and their families.”

In an earlier email sent to its membership, the organization noted that about 25 percent of all MDOC employees have been sickened by COVID-19. As of January 29, the department notes that 3,443 total staff members have contracted the virus and four have died; for inmates, there are 887 active COVID-19 cases – 24,190 total cases as of last Friday – and 132 prisoners have died from the virus.

MCO President Byron Osborn said already more than 1,000 emails have been sent to Ms. Whitmer on this issue and they will continue to push the topic toward a resolution by any means necessary – meaning the possibility of a lawsuit was not entirely off the table if a solution via arbitration or general conversation was not found first.

Mr. Osborn said employees were notified from the onset of the pandemic that they would not be able to access the additional sick leave given by the CARES Act, and that the additional federal sick leave was only later offered to workers should they agree to completely exhaust their own personal time off/sick leave allocation first.

To that end, however, an official representing the Office of the State Employer said the union refused this offer.

Kurt Weiss, Department of Management, Technology and Budget spokesperson, said in a statement Tuesday that all state employees are provided a benefits package that provides 104 hours of sick leave and a minimum of 104 hours of annual leave each year.

The MCO and other unions were offered an additional 80 hours for their members to use if that 208 cumulative hours of leave had been exhausted, Mr. Weiss said, adding that members also received an additional “$750 per paycheck premium pay for several months for their invaluable work and sacrifice during the pandemic.”

“The health and safety of all essential state workers serving on the front lines, including correction officers, is a top priority given the critical role they hold. … Policy was modified so that members could use and all of their time to quarantine, as needed, to keep themselves and fellow coworkers safe,” Mr. Weiss said. “MCO has a union contract and they must work within the provisions of their contract to address any issues or concerns.”

Mr. Osborn did acknowledge that union refused OSE’s offer, adding he did not see why employees needed to burn any sick leave at all in the first place. Some employees have already been forced into multiple quarantines – either by way of testing positive themselves or being in close contact with a positive case – and have had to incur “loss time,” or do not get paid because of the time off they’re forced to take.

“We’ve not had the opportunity to work from home, like most state employees have had the opportunity to do – we’ve been in the prisons amongst these massive outbreaks of positive tests prisoners have had,” Mr. Osborn said. “We believe it’s the state’s obligation, and the department’s obligation, to restore this leave to us when the dust settles here. We don’t believe we’ve been treated fairly in this instance.”

He added that the MCO was committed to keeping the issue front and center until resolved, especially considering there were some employed by MDOC who had either been forced to not work for up to a month or who were losing money each paycheck because of having exceeded their paid time off.