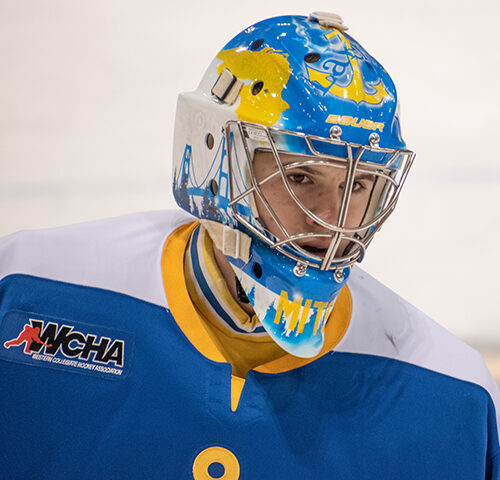 SAULT STE. MARIE, Mich. – Lake Superior State senior goaltender Mareks Mitens has been named a finalist for the Mike Richter Award, an honor given annually to the top goalie in NCAA Division I men’s hockey.  The nine finalists were announced today by the Hockey Commissioners Association.

Since the creation of the award in 2014, Mitens is the first Laker goaltender to be named a finalist for the trophy.

The Western Collegiate Hockey Association (WCHA) leads all conferences with three goaltenders among the nine finalists for the 2021 Mike Richter Award (Blake Pietila, Michigan Tech; Dryden McKay, Minnesota State). All three WCHA finalists have started 16 or more games for their teams this season and have posted a goals against average mark below 2.00.

The winner of this year’s Mike Richter Award will be announced in April during the NCAA Frozen Four.

For more information on the Mike Richter Award, visit https://www.mikerichteraward.com/