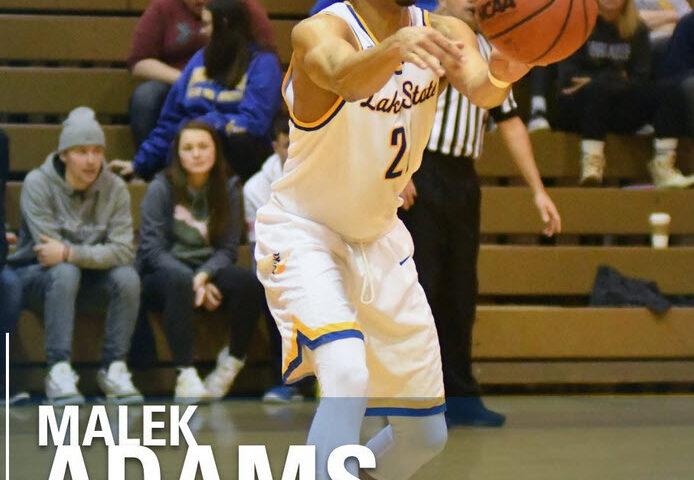 Adams has earned his first GLIAC North Player of the Week award of the season as the redshirt senior led the Lakers to a split against the Northwood Timberwolves in the pair of games this weekend. Adams started both games in the series against Northwood and totaled 42 points in the pair of games. In the Lakers 80-60 win, Adams posted 14 points going 7-for-9 in the game while adding five rebounds, two assists and four steals. On Saturday, Adams scored a season-high 28 points to lead the Lakers as he went 11-for-18 against the Timberwolves. The Grand Ledge, Mich. native averaged a 66.7 shooting percentage against Northwood with a 40.0 percent mark from three.

Adams, who has played 97 career games as a Laker, currently sits at 990 career points heading into the game against the Bulldogs. Adams will become the 43rd player in Laker men’s basketball history to reach the milestone and the first since Michael Nicholson during the 2017-18 season.

The Lakers will return home this weekend to take on the Davenport Panthers in a two game GLIAC series in the Bud Cooper Gymnasium in Sault Ste. Marie, Mich. The opening game is set for a 3:00 p.m. start on Friday, Feb. 5 while the contest on Saturday, Feb. 6 is set to tip off at 1:00 p.m.