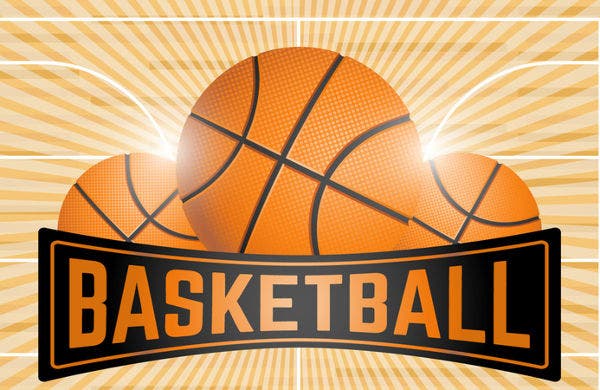 The two GLIAC rivals would play to an identical score of 41-41 following the first twenty minutes of intense play.

Malek Adams would score his first three points of the game 1:13 into play as he gave the Lakers a 3-0 lead after a three-point jump shot. Adams would follow minutes later with his second three pointer of the contest to put the Lakers ahead 6-2.

The Lakers strong three point shooting would continue as Brandon Allen scored on a jump shot to give the Lakers an early 9-2 lead.

At 13:52 of the first half, Adams netted his third basket from behind the arc and less than a minute later would score on a jump shot to record his 1,000th career point as a Laker. Adams became thee 43rd Laker all-time to reach the milestone and the first since Michael Nicholson during the 2017-18 season.

Adams would add another five points for the Lakers before the first 11 minutes of play expired and the Lakers would hold a 27-20 lead with nine minutes left to play in the first half.

The Bulldogs would tie the game with 7:18 left on the clock and would take their first lead of the game with 6:39 left to play when Ben Davidson made a three point jump shot.

Allen would make his second three pointer of the game with under a minute remaining in the first half to even the score at 39 and David Wren would once again tie the game (41-41) in the final seconds of the first half.

In a tight second half, the Lakers would outscore the Bulldogs by two points, 43-41, to take the win by a final score of 84-82.

Wren would record the first two scoring plays of the second half for the Lakers as he added two layups within the first two minutes of action.

At 12:40 of the second half, Xander Okerlund would cap off a nine point scoring run for the Lakers when he scored a three point jump shot to give the Lakers a 56-47 lead. Okerlund, a sophomore guard, would the next five points for the Lakers as well to bring the team’s lead to 10 points (61-51) with 10:29 left on the clock.

Freshman Blake Cassidy would score his second three pointer of the game with 8:17 remaining to extend the Lakers lead to nine points (66-57). With five minutes left in the game, the Lakers held a 12 point lead (74-62).

Ferris State would go on an eight point scoring run to come within six points of the Lakers (74-68) with less than four minutes remaining. Okerlund would add his third three pointer of the night to put the Lakers back up by nine points (77-68).

The Bulldogs would rally in the final minutes of play but the Lakers would hold on to secure the win by a final score of 84-82.

In the milestone game, Adams led the Lakers with 23 points in the game as he currently sits in 43rd place all-time on the Lakers career points list with 1,013. The senior guard went 8-for-16 in the game, including 4-for-9 from beyond the arc. Adams finished the night with three rebounds, three assists and a steal.

Including Adams, four Lakers recorded double-figures in points in the win. Wren finished the game with 14 points while also notching five assists and a team-leading three steals. Okerlund posted 13 points against the Bulldogs.

Justin Fischer totaled 12 points in the game as well as a team-high 15 rebounds in the win to record his second double-double of the season. Fischer also led the Lakers in assists with six against the Bulldogs.

The Lakers will continue their three-game homestand this weekend as the Wisconsin-Parkside Rangers will travel to Sault Ste. Marie, Mich. for a pair of GLIAC games. The series, which will be played in the Bud Cooper Gymnasium, will open at 3:00 p.m. on Friday, Feb. 19 and conclude at 1:00 p.m. on Saturday, Feb. 20.