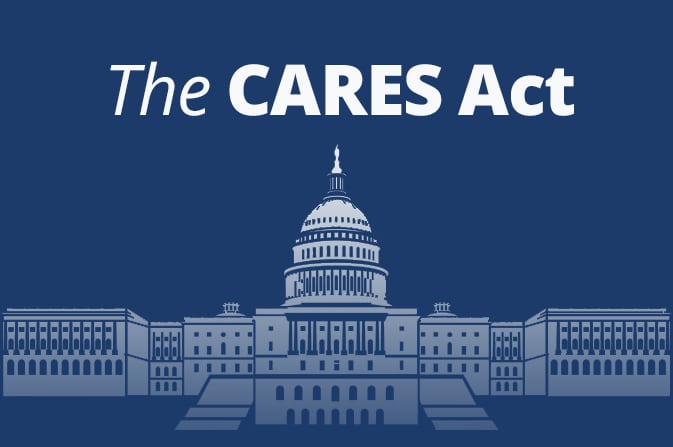 Sault Ste. Marie, MI — Lake Superior State University received a $956,858 CARES Act Recovery Assistance grant from the Economic Development Administration (EDA) within the U.S. Department of Commerce to purchase lab equipment to build capacity at the Center for Freshwater Research and Education (CFRE). The project, to be located in a Tax Cuts and Jobs Act Opportunity Zone, will be matched with $239,215 in local funds, is expected to create 20 jobs, and generate $14.2 million in private investment. Opportunity Zones are meant to spur economic development nationwide; there are 288 in Michigan.

“We are ecstatic about this grant because it allows us to leverage our new building and our location at the nexus of three Great Lakes to become leaders in freshwater science and training while also creating opportunities to expand blue economy sectors in our region,” said CFRE Director Dr. Ashley Moerke.

Jeff Hagan, CEO of the Eastern Upper Peninsula Regional Planning & Development Commission, said, “On behalf of the EUP Economic Development District, we are excited to see this EDA investment in CFRE at LSSU. It will no doubt be a boost to the area’s economy and build off the longstanding research the university has been involved in for decades while also helping to transform the St. Marys riverfront in Sault Ste. Marie.”

Dana Gartzke, EDA bureau head who performs the delegated duties of the assistant secretary of commerce for economic development, added, “This investment comes at a crucial time to help Michigan’s and our nation’s economy come roaring back. This project will build economic resiliency in Michigan’s Eastern Upper Peninsula by catalyzing new water-related industries and innovation through expanded training and research services to be provided through Lake Superior State University’s Center for Freshwater Research and Education.”

The CARES Act, signed into law by former President Donald J. Trump, provided the EDA with $1.5 billion for economic development assistance programs to help communities prevent, prepare for, and respond to the coronavirus pandemic. EDA CARES Act Recovery Assistance, administered under the authority of the bureau’s flexible Economic Adjustment Assistance program, provides a wide range of financial assistance to eligible communities and regions as they deal with COVID-19.

“This forthcoming project is the latest example how CFRE furthers part of LSSU’s mission to equip our students with the knowledge and practical skills to craft a life of meaningful employment while enhancing the quality of life of the Great Lakes region,” said LSSU President Dr. Rodney S. Hanley. “It also bolsters sustainability and advances our community partnerships, which are pillars of our strategic plan. LSSU and the Eastern U.P. will thrive all the more because of this. It’s a win-win.”

About Lake Superior State University: Lake Superior State University is one of Michigan’s most affordable public universities with One-Rate at Lake State tuition for all. Surrounded by three Great Lakes, LSSU is an unsurpassed location for research, innovation, and real-world experiences. Signature programs include fisheries and wildlife management, engineering, nursing, criminal justice, business, robotics engineering, and fire science. In 2019, Lake State launched the first cannabis chemistry program in the nation. LSSU also was the first campus nationwide to offer an accredited four-year fire science program; it is one of three in the U.S. LSSU was the first campus nationwide to offer an accredited four-year robotics engineering technology program and is the only university nationwide to offer undergraduate education in industrial robotics. LSSU also offers several certificate programs, including a one-year culinary arts chef certificate at its 5,000 square-foot, state-of-the-art Les Cheneaux Culinary School in Hessel. Regional centers are in Escanaba, Iron Mountain, and Petoskey. LSSU opened its newest location in St. Helen in 2020. Additional LSSU hallmarks include the annual Banished Words List that receives worldwide media coverage and a student-run Atlantic salmon hatchery at its renowned Center for Freshwater Research and Education. LSSU’s NCAA Division I hockey team has won five national championships; men compete in five other sports and women in six at the Division II level. Lake State was founded in 1946 in Sault Ste. Marie, the oldest city in Michigan (1668), on the site of the former U.S. Army’s Fort Brady. Lake State has approximately 2,000 undergraduate students, with 88 percent coming from Michigan, and with every county represented. Ninety percent of full-time students receive financial aid.