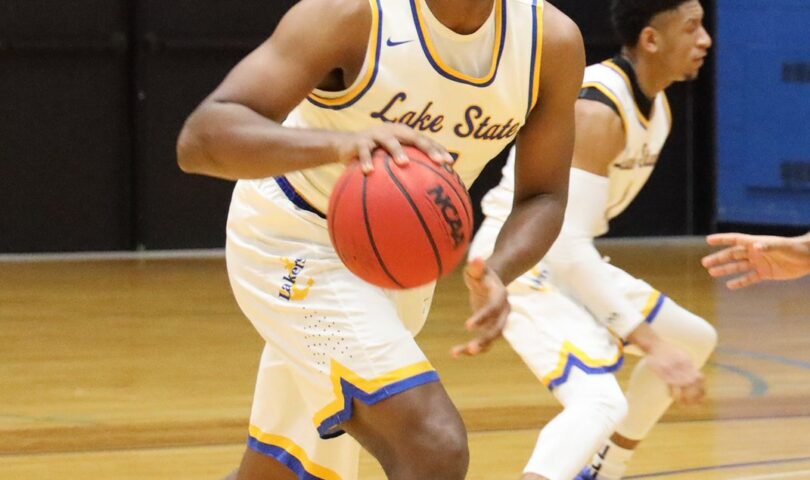 Kemon Bassett has earned his second GLIAC North Player of the Week award of the season as the junior transfer led the Lakers to a pair of wins in the team’s three games played this week against Ferris State and Northern Michigan. Bassett, who previously played for Schoolcraft CC, started all three games this week for the Lakers and totaled 65 points in the trio of games. Bassett posted his second double-double of the season in LSSU’s 80-69 win over Ferris State on Tuesday with 16 points and 10 rebounds. Against NMU on Saturday, Bassett recorded another double-double with 24 points and 12 rebounds in the Lakers 70-60 win over the Wildcats. The Pre-Nursing major closed out the strong week of play with a season-high 25 points in the Lakers 91-70 loss against Northern Michigan.

The Lakers will return home this weekend to take on the Davenport Panthers in a two game GLIAC series in the Bud Cooper Gymnasium in Sault Ste. Marie, Mich. The opening game is set for a 3:00 p.m. start on Friday, Feb. 5 while the contest on Saturday, Feb. 6 is set to tip off at 1:00 p.m.